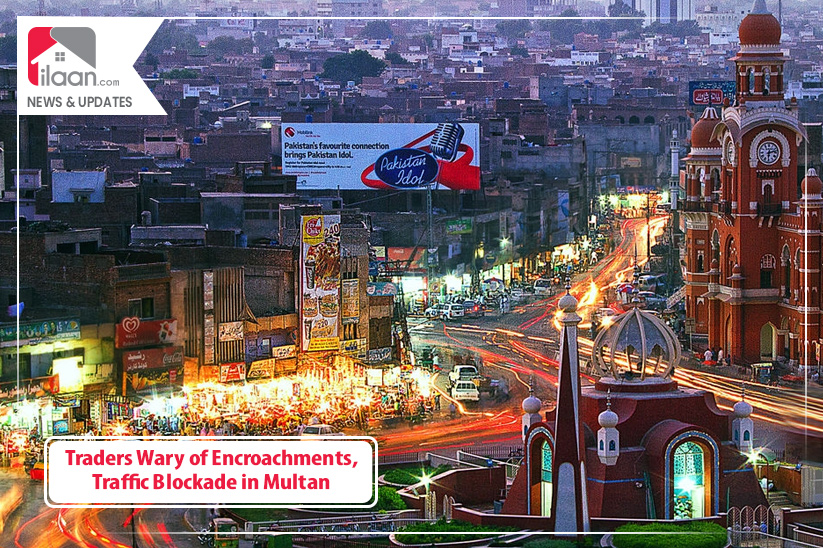 TanzeemTajran (Traders Union) Pakistan has expressed its concerns over the growing encroachment causing traffic blockade in Multan and creating hurdles in business activities in the City of Saints.

Multan: According to the news sources, the management committee of TanzeemTajran Pakistan has expressed its concerns over the encroachment in the city that causes traffic blockade and dents the business activities.

TanzeemTajran Pakistan Chairman Khawaja Suleman Siddiqui while presiding a meeting of traders said that the district administration has failed to take strict actions against encroachers and provide a feasible business environment to the traders. The rising encroachment and traffic blockade issues remained a top issue in the markets.

Siddiqui mentioned the illegal parking stands in the markets and how they create hurdles in business activities. He demanded the district administration to take notice of the appalling situation and launch a crackdown against encroachers in the popular markets including Khuni Burj, SurijKund Road, Hussain Agahi, Dehli Gate, Double Phatak, Clock Tower Chowk, Pak Gate, and others.