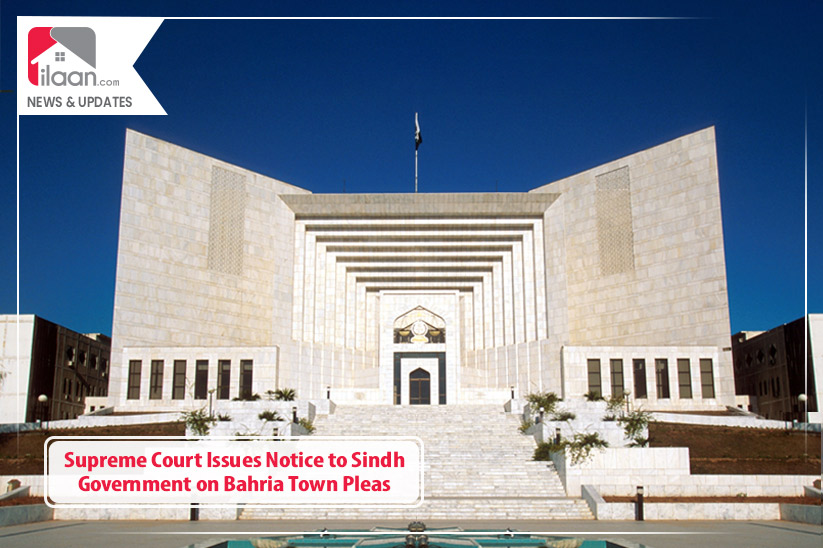 The Supreme Court has asked the Sindh Government to explain its position on a federal government application seeking the land settlement funds deposited by Bahria Town.

Islamabad: The Supreme Court has issued a notice to the Sindh Government on the Bahria Town and federal government pleas in Bahria Town projects implementation case in the recent hearing on Tuesday.

The hearing was conducted by a three-member bench headed by Justice Faisal Arab. During the proceedings, the counsel for Bahria Town asked the court for demarcation of land sold by Malir Development Authority (MDA) and mentioned that out of 16,000 acres of land, MDA gave possession of 12,000 acres. He mentioned that now the MDA is asking Bahria Town to surrender 4,000 acres of land.

Commenting on the statement made by the counsel for Bahria Town, Justice Ijaz-ul-Ahsan said that the Sindh government should acquire the land according to the law if they want it back. The Attorney General said that the amount deposited by Bahria Town should be deposited in the treasury. During the hearing, Justice Faisal Arab also inquired the purpose of the federal government for filing this application to which the Attorney General said that it was an urgent application and it should be heard immediately.

The case has been adjourned till next week.