Second Phase of Registration for NPHP Launched by PM 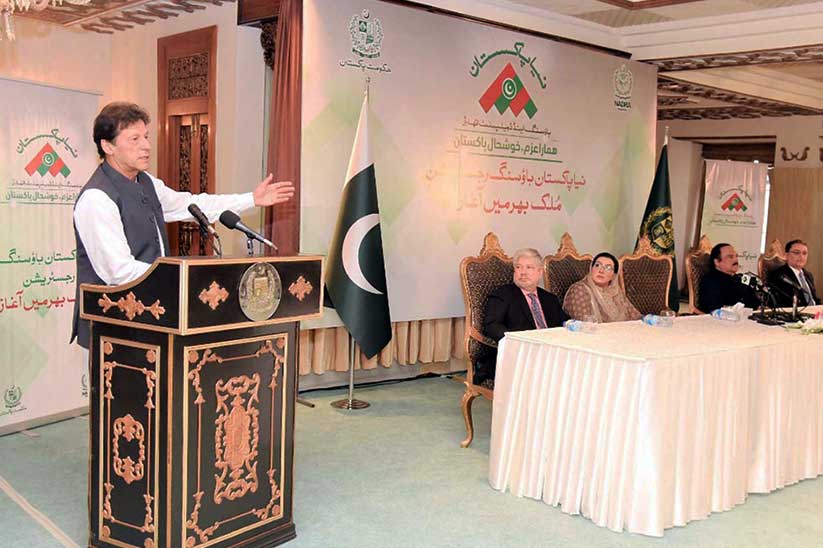 Second Phase of Registration for NPHP Launched by PM

Islamabad: The Prime Minister (PM) of Pakistan Imran Khan has launched the second phase of the registration process for NPHP (Naya Pakistan Housing Program) that will be facilitating the low-income segment of the country and providing affordable houses to them.

The sole aim of the countrywide registration process initiated by the Pakistan Housing Development Authority is to collect the data of the demand of housing by the public across the country and later launching the projects as per the stats and needs of the general public.

A web portal has been launched by the PM according to which by pushing a button the applicant can apply for the registration even while sitting at home, without any hassle of visiting any office for the registration process. During the launch ceremony, PM asked the Federal Cabinet to approve the necessary legislation on the earliest so that the commercial banks can extend loans to facilitate the poor people, who in reality cannot afford to buy a house for themselves.

The PM Imran Khan further said that the process will be enabling the relevant authorities to determine the public demand and the launch of the housing project in all those areas where they are required to be built.

PM also asked the general public to start registering themselves in the process so that the government can estimate the demand for housing projects and how much the applicant can pay to determine the volume of the funding as well. He also expressed his complete confidence over incentive-laden schemes that are going to be launched across the nation that includes Gwadar, Quetta, Islamabad and many more.