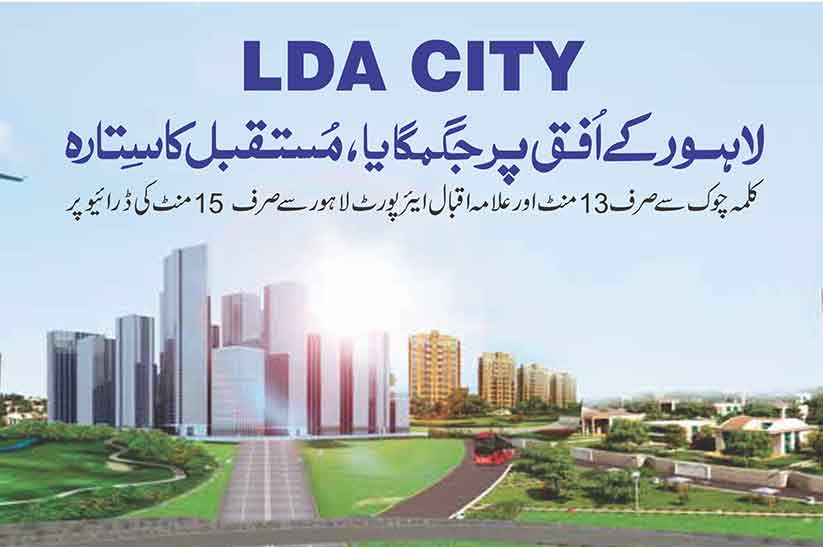 Engineering Wing of Lahore Development Authority (LDA) has started the development works in Phase I of LDA City. According to our news source, initial development sees the construction of a 150 feet wide, the ultimate LDA City Main Boulevard. It is currently being leveled and more work will follow once it is done. The speed of the infrastructural development process of the 3,500 Kanal LDA City Phase I has considerably increased after a written order that was issued by the LDA director general.

It is to be noted that this project found inconsistencies in the acquired land and number of sold files and resultantly had halted in the past. Mian Mehmood-Ur-Rasheed, the Punjab Minister for Housing and Urban Development had been directed by the honorable Supreme Court of Pakistan to compensate the concerned sufferers.

Following the apex court’s orders that had taken notice of the matter in December 2018, Mehmood-Ur-Rasheed had made it mandatory for the LDA to compensate all file owners at the earliest and new development partners for the construction works were to be sought. The development authority further prepared the terms of reference for the processing of LDA City plot allocations.

When the SC had announced its verdict regarding the issue in the first month of this year, LDA had been ordered to allot plots to all 9000 owners of the files in not more than eight months. It was also ensured through the decision that there would be no further delaying of the project and that a report would be submitted every month.