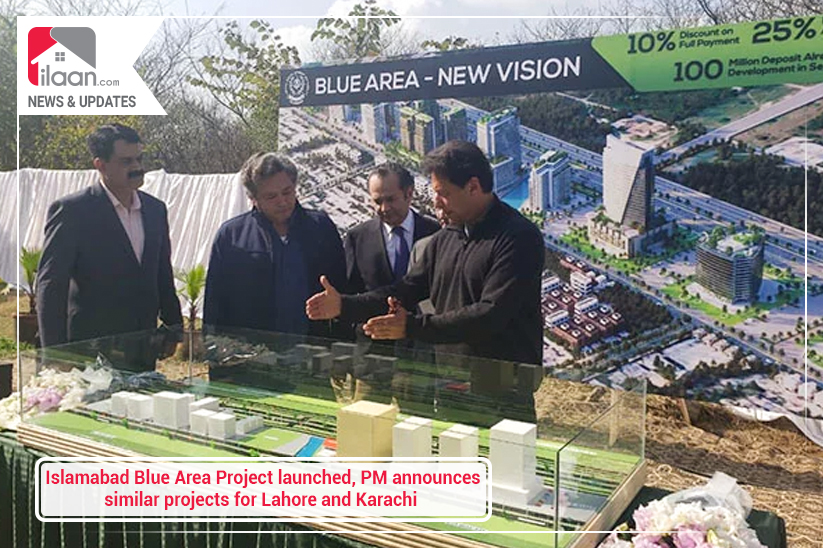 The PM took to Twitter to announce that the project will provide jobs and attract investment from overseas Pakistanis. The PM said in his tweet, “Launching the Islamabad Blue Area multi-billion rupees commercial project today. This will not only provide jobs but will also attract investment from overseas Pakistanis. One mega project to be launched in Lahore and one in Karachi soon.”

The news sources said that the PM was briefed about the receipts of the commercial auction that will be held from April 14 to 16. He was also informed that the funds generated will be used to improve the environment, improve the provision of services, and rehabilitate the city.

Radio Pakistan also stated that a portion will also be utilized for the construction of low-cost housing units to provide dignified accommodation to the residents of slums under the Naya Pakistan Housing and Development Authority.

The government said that the project will speed up economic activity in the country, resulting in job creation and encourage investment. PM Imran gave specific instructions to preserve trees as construction begins.

Read More: NEW BLUE AREA TO GENERATE AN INITIAL REVENUE OF UP TO PKR 30 BILLION