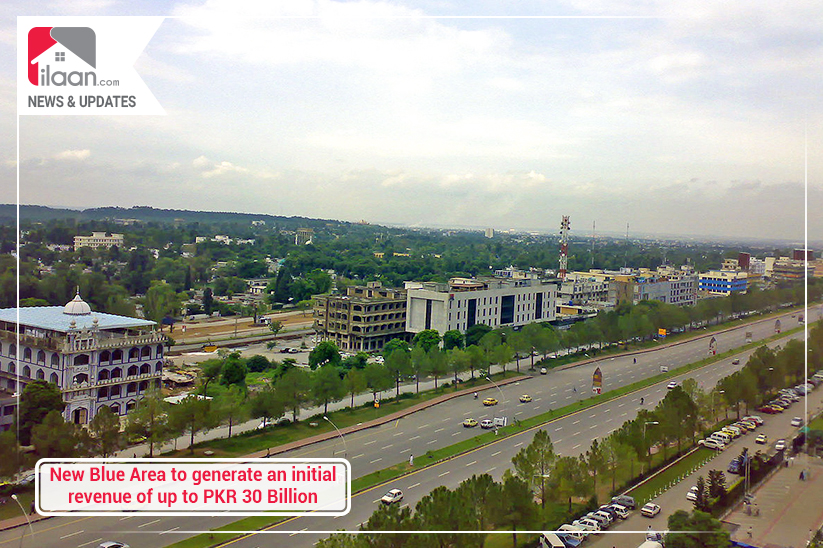 Islamabad: The Prime Minister of Pakistan Imran Khan has approved a plan to develop a commercial city named ‘New Blue Area’ within the boundaries of Islamabad, the federal capital. This project is expected to generate an initial revenue of PKR 30 billion, as reported by the news sources.

For this project, the government has allocated a 170 Kanal land opposite to the F-9 Park in the capital city. The commercial city project would be developed on international standards and the government would be able to generate an initial revenue of up to PKR 30 billion from it. The reports suggest that some of this revenue would be utilized on the Naya Pakistan Housing Project that is aimed at building low-cost housing units for the poor and low-income groups.

The feasibility report of the New Blue Area suggests that the commercial project would expedite the economic activities in the federal capital and help generate employment and promote the construction sector as well. Basic facilities provided to the residents of Islamabad would also witness an improvement under the project. The project would also saw the doubling the commercial space within the city.