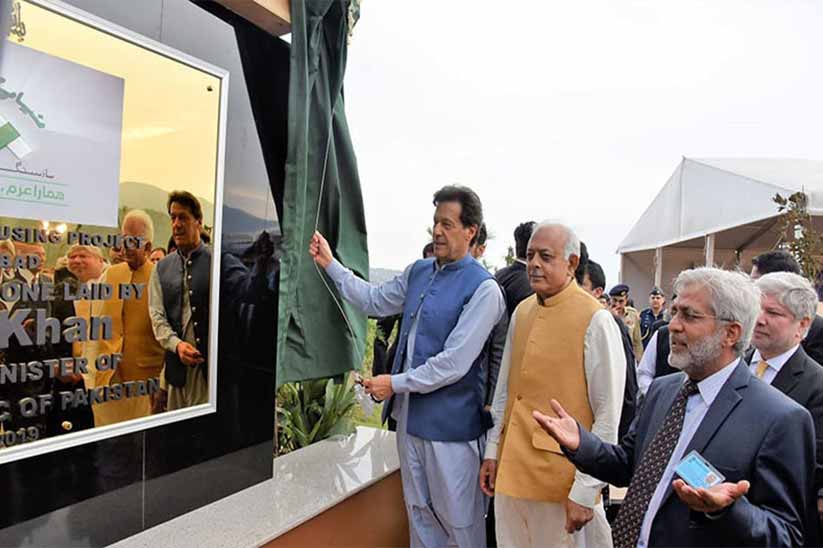 Islamabad: Prime Minister (PM) of Pakistan, Imran Khan has inaugurated the first housing project for the general public on Thursday.

This housing project was launched under the government of PTI with an ambition of providing low-cost houses to the low-income group. The program is known as Naya Pakistan Housing Project (NPHP). It is inaugurated on a piece of land in the Phulgaran area, where there was a project of Bahria Town already being executed.

Wasim Bajwa; the Director-General of FGEHF( Federal Government Employees Housing Foundation ) told the news sources that the land for this project was acquired by Bahria Town on very nominal rates. Under this housing project, 18,500 housing units or apartments are planned to be constructed and will be allotted to the low-income group on a mortgage basis.

As per Mr. Bajwa, 1,785 Kanal land was acquired from Bahria Town for the project of NPHP. He further informed that not only the land but also the Bahria Town management will be constructing 10,000 housing units in the same area for NPHP. Wasim Bajwa told me that the project will be executed in collaboration with Bahria Town under the CSP (Corporate Social Responsibility) banner. This would be one of the first housing schemes that are launched entirely for the general public under NPHP, where the federal government employees will get a share of 70% to these houses and the general public
will have 30% of the share.

During the inauguration ceremony, PM Imran Khan expressed his happiness regarding the housing project and informing the news sources that two to three banks including HBFC (House Building Finance Corporation) will be engaged in providing a mortgage to the public on the monthly installment of PKR 10,000. We further expressed the sadness that in Pakistan the backlog in houses is due to banks not providing loans on easy conditions. In India, banks provide 10% housing loans, in Malaysia, you can get 30% whereas, in the United Kingdom, 90% housing loan is given for construction purposes.

PM Khan said that many foreign investors are taking a keen interest in investing in Pakistan’s housing sector. This is the new beginning of the phenomenal housing era Pakistan is going to witness, where even those people will get a house that could not afford it at all.