Ilaan.com is Proud to Be the Official Media Partner for DEFCLAREA 8th Super League 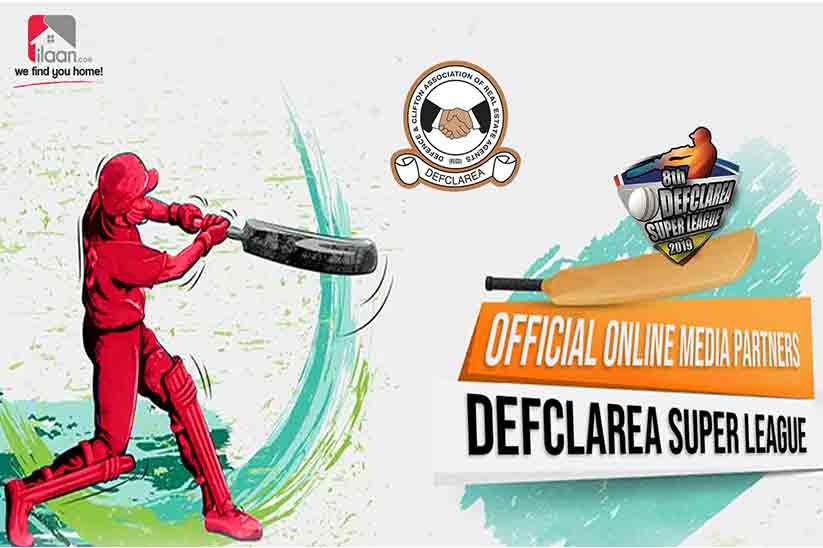 Ilaan.com is Proud to Be the Official Media Partner for DEFCLAREA 8th Super League

(Karachi – January 2019) DEFCLAREA (Defence & Clifton Association of Real Estate Agents) is organizing a cricket tournament in Karachi in the second week of January 2019.

The tournament, named DEFCLAREA 8th Super League, will be played between 42 teams from 15th January and onwards in two different locations in Karachi with the ending ceremony to be held in Moin Khan Cricket Academy.

Due to the high number of teams, this time the trials are not being conducted and the teams have been allowed to recruit the best team they possibly can to compete in the tournament. The 8-day tournament will be played in Defence and New Nazimabad. Ex-cricketer and a part of the 1992 World Cup-winning cricket team, Moin Khan will be the guest of honor in the final to be played on January 20th and he will grace the event with his presence.

Ilaan.com is proud to be partnering with DEFCLAREA as the official media partner for DEFCLAREA 8th Super League. Brace yourself for all those hard-hitting, stumps shattering, and roaring fun that will unfold at the tournament. All the updates will be available on all the social media platforms of ilaan.com.