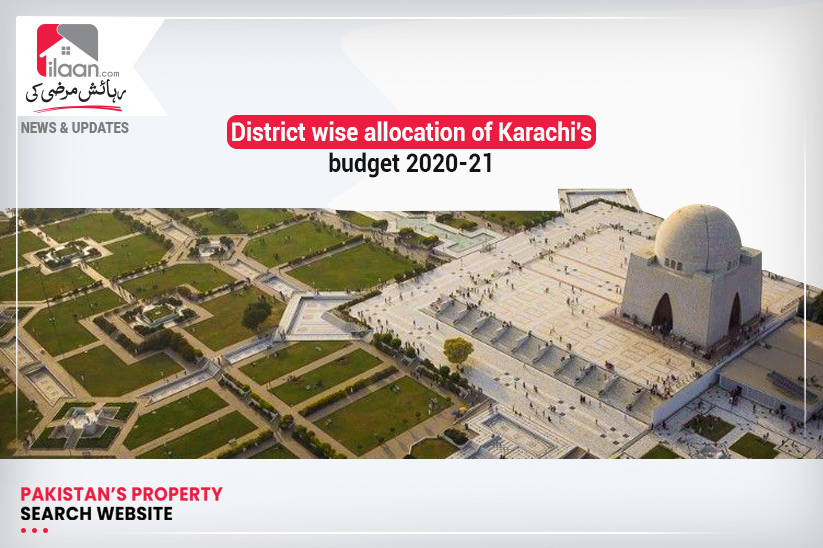 Karachi: The budgets for five of Karachi’s districts were presented on Wednesday. It included the fiscal year 2020-21 budgets for districts West, Korangi, Malir, Central, and East.

The budgets for all the districts of Karachi are tax-free. The breakdown of the budget district-wise is given below.

West DMC Chairman Izhar Ahmed Khan presented a budget of PKR 5.37 billion having a surplus of 0.5 million. The tax-free budget has an allocation of PKR 2.17 billion for development works. This allocation amounts to 40% of the total budget. The non-development works were allocated at 60% of the budget which amounts to PKR 3.19 billion.

The West district expects an amount of PKR 3.84 billion in Octroi Zila taxes by the Sindh government. Moreover, the expected income from property tax is estimated at PKR 300 million that will be collected during the course of the fiscal year.

For the district of Malir, a surplus tax-free budget of PKR 2.92 billion for the fiscal year 2020-21 was presented. This budget has a surplus of PKR 1.2 million. The expected income stands PKR 2.92 billion, while the estimated PKR 2.922 billion. In this budget, an amount of PKR 1.19 billion is allocated for development works in the district.

According to the details, the difference in income and expenses is because of the coronavirus situation. It should be noted here that in the last four years, record development works have been done in Malir DMC.

The total estimated income is Rs4.394 billion, which includes Rs4.19 billion expected to be received as OZT share by the Sindh government and Rs200 million as expected income from the corporation’s resources. The total expected expenses stand at PKR 4.393 billion. In the Korangi DMC budget, 58% of the total income is spent on salaries and the remaining 42% is spent on development works.

The district Central presented a budget of PKR 7.99 billion with no new taxes implemented on the civic facilities. The budget for this district has a surplus of PKR 1.65 million. The total expected income in the budget is PKR 7,991,066,025 while the expenses are PKR 7,990,001,000. The estimated amount of PKR 6.47 billion is from Octroi Zila tax from the Sindh Government while PKR 40.45 million is expected as grant-in-aid by the KMC and Sindh Government.

The Central DMC will get an estimated amount of Rs280 million as property tax and Rs29 million as challan fees against different services provided by the Central DMC. The district will pay PKR 10.98 million for repair and maintenance works, 1.67 billion for development, and PKR 5.68 billion in salaries.