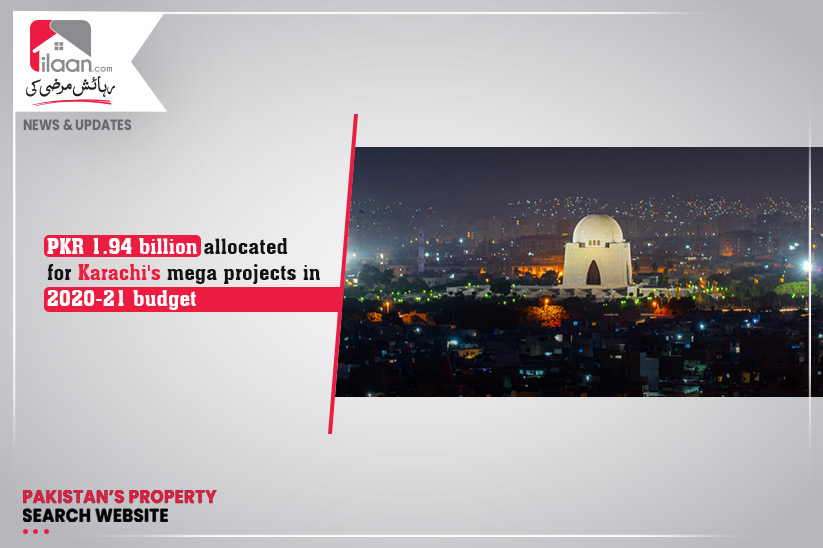 Karachi: The Government of Sindh has earmarked PKR 1.94 billion for new and ongoing mega development projects in Karachi for the coming financial year 2020-21.

The CM further said that the main emphasis of the government was on completing the ongoing projects that had reached an advanced level of implementation. The matter was also being discussed with the federal government to release its share of funds for the two main development projects of the city, said the PM.

CM Shah also said the Sindh government had increased the block allocation for grants to local bodies in the province by five percent from Rs74.5 billion in the current financial year to Rs78 billion in the upcoming fiscal year.

According to the CM, the government was also sharing the financial burden of the Karachi Metropolitan Corporation (KMC) and the funds are being released monthly on account of regular Octroi Zilla Tax share, regular pension amount, and regular grant-in-aid amounting to PKR 160 million, 430 million, and 215.4 million respectively.

In the current financial year, the funds released to the KDA are PKR 2.4 billion and PKR 470.7 million. These are on account of regular grant-in-aid and one-time special grant-in-aid respectively. The provincial government was also paying the monthly electricity charges of the Karachi Water & Sewerage Board (KWSB) since 2016, said the PM.

He concluded the speech by saying that the mega project of Karachi Water & Sewerage Services Improvement Project for KWSB has been approved at a total cost of PKR 3.4 billion with the assistance of the World Bank and expressed hope of completing the projects on time and within the estimated budgets.