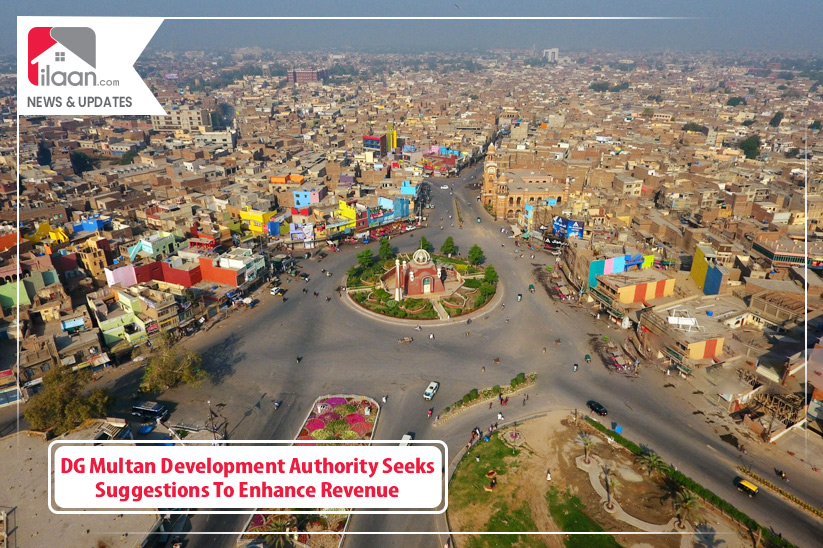 DG MDA is seeking suggestions to improve the revenue of the department.

Multan: According to news sources, Multan Development Authority (MDA) Director-General Agha Ali Abbas has asked for suggestions from officials to improve the revenue of the department. He said this during the maiden briefing about the MDA.

A number of important officials and directors of various departments were present during the briefing. Director Town Planning Khalid Javed said that the MDA has established eight housing schemes and all residential plots have been sold out.

95 percent of the development work in Fatima Jinnah Town, an ongoing scheme of MDA, has been completed. He also said that MDA has declared 214 housing schemes as illegal and strict action is being taken against the owners and developers of those societies. He also mentioned that action is also being taken against the owners of buildings constructed without approval from the MDA.

Director Engineering Nazeer Chughtai shed light on the uplift of projects and said that they are in progress and will be completed soon. Deputy Director Finance Waseem Aslam Bhutta said that the MDA is a self-financed institution and generates its own revenue from multiple sources including approval fee of housing schemes, map fee of residential and commercial buildings, a transfer fee of properties, and commercialization.