Commissioner Hyderabad Chaired Meeting for Beautification of the City 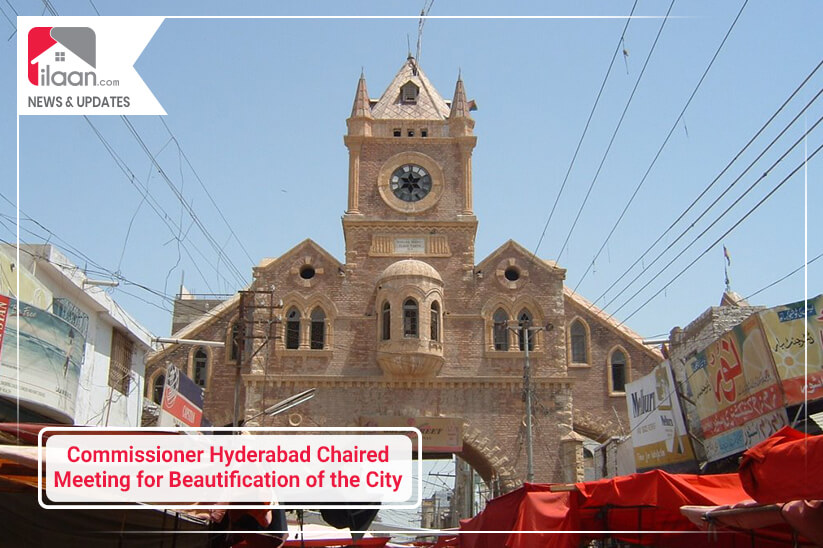 Commissioner Hyderabad Chaired Meeting for Beautification of the City

Hyderabad: Commissioner Hyderabad Mohammad Abbas Baloch while presiding a meeting in Shahbaz Hall Hyderabad about the beautification of the city and other related issues said that all the institutions, departments, traders, and stakeholders should collectively work together, as reported by the news sources.

“Green belts should be established in different areas of the city. This is our own city and only we can take better care of it” said the commissioner. The meeting was attended by Mayor Hyderabad Tayyab Hussain, Deputy Commissioner Hyderabad Ayesha Abroo, Additional Commissioner II Tahir Ali Mamon, Deputy Director Planning and Development Mautasim Abbasi, DG HDA Ghulam Mohammad QaimKhani, Additional Deputy Commissioner I Yousuf Sheikh, Assistant Commissioner Latifabad Faraz Ahmed Siddiqui, Forest, site, and representatives of the traders community.

A detailed discussion was held regarding the issues of Hyderabad and the commissioner insisted that traders, state institutions, and other stakeholders should contribute to the cleanliness of the city and plantation campaigns. He also directed the DCO Hyderabad to conduct a meeting with the builders and traders of Hyderabad and convince them to work for the betterment of the city. He also ordered to ensure cleanliness on the entry/exit points of the city and organize plantation campaigns on the said areas.

Also Read: KMC to remove encroachments from outskirts of Karachi