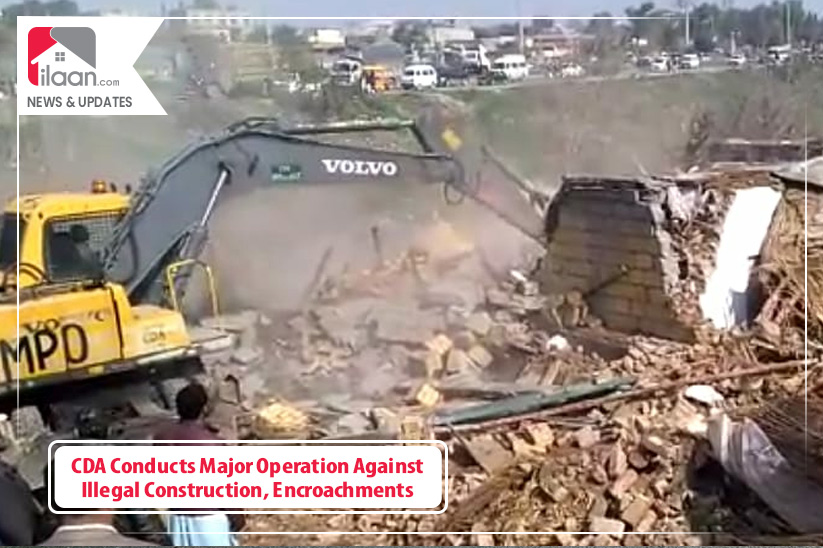 Islamabad: Capital Development Authority (CDA) has conducted a major operation against illegal construction and encroachments on Murree Road and demolished numerous illegal constructions as well as buildings constructed with violations to CDA Building Regulations and the premises have been sealed on account of no-conforming use.

The center of these operations remained the hotels and motels on the right of way of Murree Road. Officials of different state departments took part in the operation including Building Control Directorate, Enforcement Directorate, ICT Administration, Islamabad Police, and others. During the operation, heavy machinery of the MPO Directorate was utilized.

During the operation, 14 rooms, four up/down barriers, multiple guard posts, fences on state land, and sheds were demolished retrieving significant state land. While the remaining illegal constructions are being removed by the violators themselves. The Capital Development Authority is continuing the operations after giving early notices through newspapers and individually to the violators.