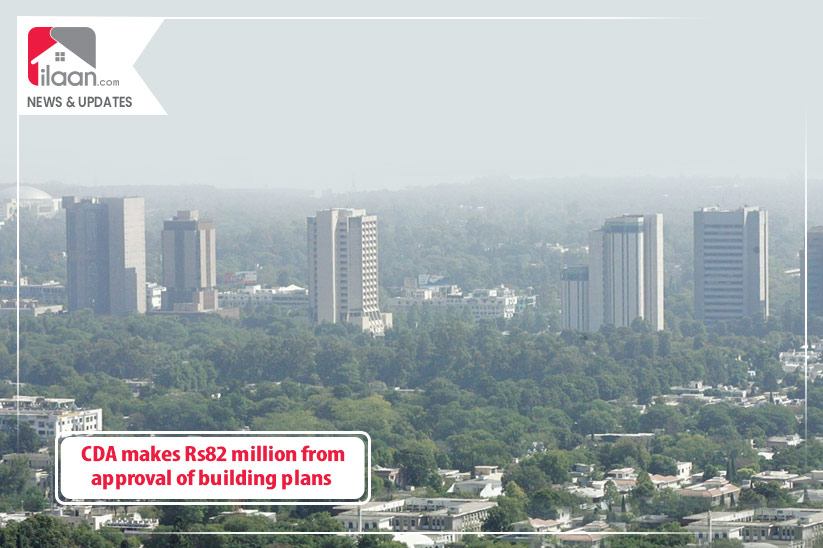 Capital Development Authority (CDA) has generated PKR 82 million from approval of building plans and completion of different buildings in the approved housing societies during the last two months.

Islamabad: The Capital Development Authority (CDA) has earned PKR 82 million in the last two months from approvals of layout plans and completions of different buildings in the approved housing societies located in the boundaries of Islamabad.

The development authority has become financially stable due to effective policies of the management and it is also solving the problems and issues of the residents along with ensuring implementation of the laws.

Also Read: CDA has prepared a plan for beautification of Islamabad and Kashmir highways

In the last 2 months, the authority received a total of 2,665 cases regarding approval of building plans out of which 1,643 were approved. The remaining applications are under process or in pending status because of non-fulfillment of legal formalities, violations of approved layout plans, and non-submission of pay orders.

On the other hand, 509 cases of completion of buildings were submitted out of which 354 have been disposed of while the remaining are in the process or in pending status. The regulation of construction activities in the territorial limits of the capital city has started earning its rewards not only in terms of revenue but the better future of the city as well.