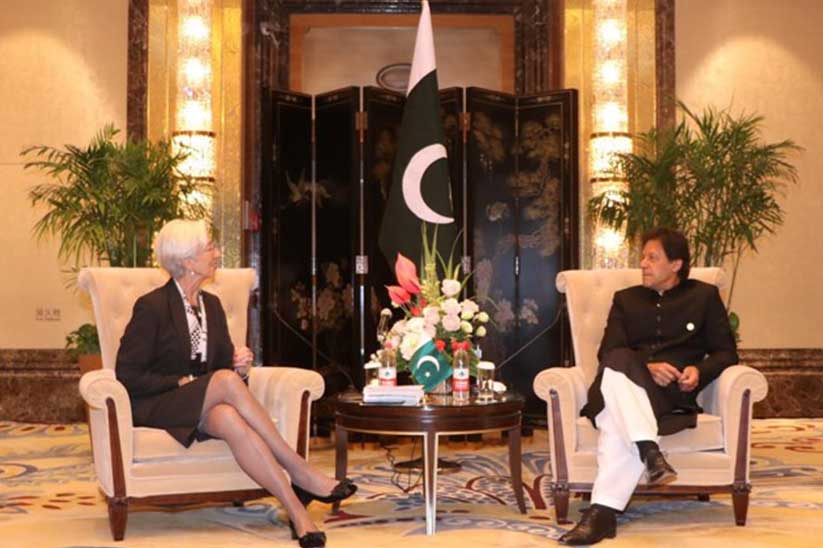 Islamabad: IMF (International Monetary Fund) executive board has approved a three year USD 6 billion loan to Pakistan for supporting the country’s economic plan that aims to return the sustainable growth and improve the standard of living in Pakistan.


Gerry Rice, the Spokesperson of IMF tweeted that this three-year loan worth USD 6 billion will support Pakistan’s economic conditions and help the country develop economically while improving the living standard for the citizens of the country.

As per AFP, the IMF board has released USD 1 billion immediately to Pakistan. The fund will now review Pakistan’s performance for 39 months. This is the 13th IMF program. Dr. Abdul Hafeez Shaikh, the Finance Minister tweeted that the approval of USD 6 billion is EFF ( Extended Fund Facility ) to provide support to the economic conditions of Pakistan. This fund would be used to reduce the imbalances of the economic state of the country.

Islamabad is going to receive USD 2 billion annually under the Extended Fund Facility (EFF). As per IMF, the EFF will be providing assistance in crucial support of the comprehensive programs that include policies as well as proper scope and character that is required to correct the structural imbalance of the country.

Ernesto Ramirez Rigo led the mission of the International Monetary Fund and visited Islamabad to discuss a bailout package with the officials of the government as well as Imran Khan, the Prime Minister of Pakistan.

In a statement issued by Ernesto Ramirez Rigo, the program (EFF) aims to support the authorities in their strategies for stronger and much balanced economic structure of the country by reducing domestic as well as external imbalances along with improving business environment, consolidating the institutions while increasing the transparency and protecting social spending on the whole.