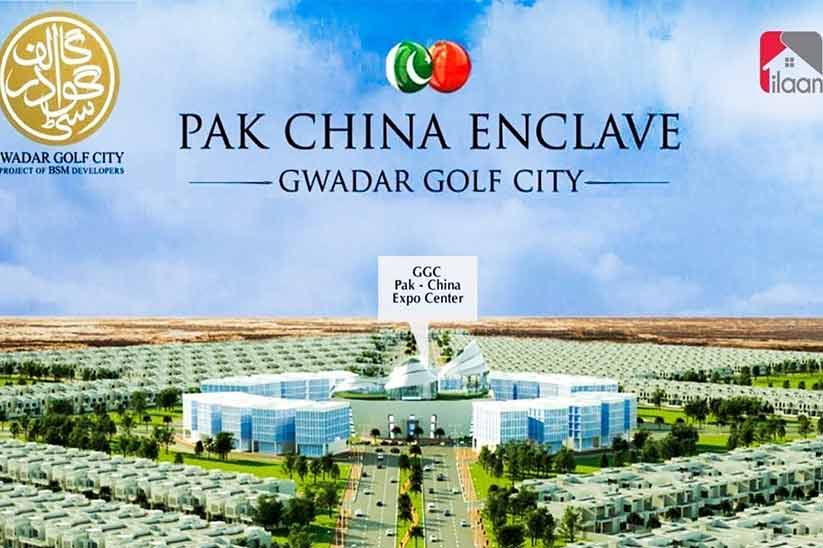 One of the latest and largest private projects to come out in recent times is Pak China Enclave. Pak China Enclave is launched within Gwadar Golf City following in the footsteps of Bahria Town.


Gwadar real estate is on a boom these days with developments and housing schemes emerging one after the other to meet the growing demand of the investors and general buyers alike.

Pak China Enclave, as the name suggests, is named after the Pak China’s relationship; however, it has no affiliation with either government whatsoever. It is a private project developed by BSM Developers – a renowned name in the real estate industry. As discussed earlier, Pak China Enclave is launched within the boundaries of Gwadar Golf City, one of the largest private projects in the city of Gwadar.

As part of the development, there are numerous parks, mosques, commercial area, and a private expo center as well will be developed in the society. It is going to be Pakistan’s first private expo center as claimed by Royal Associates. Moreover, there will be a community center, schools, farm houses, fire station, and so much more.

Pak China Enclave is going to offer residential plots for sale in various sizes including 8 Marla, 10 Marla, and 1 Kanal. For commercial purposes, the society is going to have 8 Marla or 200 Square Yards commercial plots. Earlier in the later part of October, the pre-launch booking has started but the formal launch is expected in the end of November. Let’s discuss the prices of the various sizes of plots.

The number of plots will be allotted to after 6 months of booking and this procedure will be carried through computerized balloting. The society aims to maintain strict fairness in their procedures. For the sake of interest, the society introduced a unique feature of allocation forms the holders of which will be able to select their plot numbers. The other applicants will have to go through the balloting process to get their plot numbers allotted. The allocation forms can be purchased before the formal launch of Pak China Enclave in the end of November.

Why Invest in Pak China Enclave in Gwadar Golf City?

Unlike other housing schemes in Gwadar, Pak China Enclave is located in the center of the city. All the major areas of the city are accessible through the society that makes it an ideal choice to invest in the project. For other information on the project and browse the plots for sale, visit ilaan.com today.