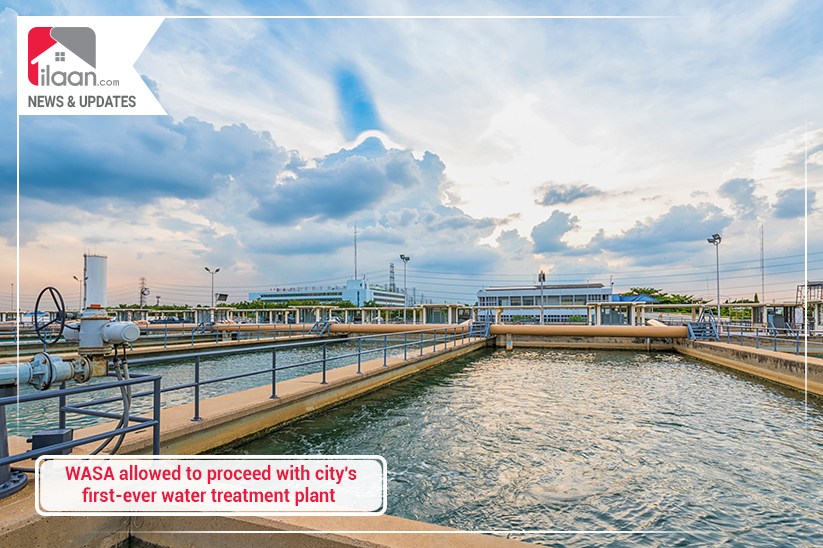 Lahore: Lahore is going to have its first-ever surface water treatment plant as the federal government has allowed the Water and Sanitation Agency (WASA) to proceed with the project, as reported by the news sources.

The Water and Sanitation Agency (WASA) has started the land acquisition process for the project worth billions of rupees after getting the final go-ahead from the federal government. For this project of providing clean drinking water to the citizens, the Asian Infrastructure Investment Bank (AIIB) has also agreed to provide a soft loan. The details were revealed by the WASA Managing Director Syed Zahid Aziz while speaking to the media.

According to details, the project would not only provide clean drinking water for the citizens but also save the underground water aquifer for future generations. The project details also suggest that WASA will construct three wastewater treatment plants and one surface water treatment plant in the provincial metropolis. It should be noted here that the AIIB screening committee had already cleared the project and sent a technical committee to discuss the details with WASA authorities.

As per Zahid Aziz, NESPAK had also completed the paperwork and the civil work on the project would start soon. He also alarmed that the groundwater supply of the City would not be able to support the drinking water needs of the city by the decade end and this is why the alternative sources of drinking water should be explored and cultivated on an emergency basis.