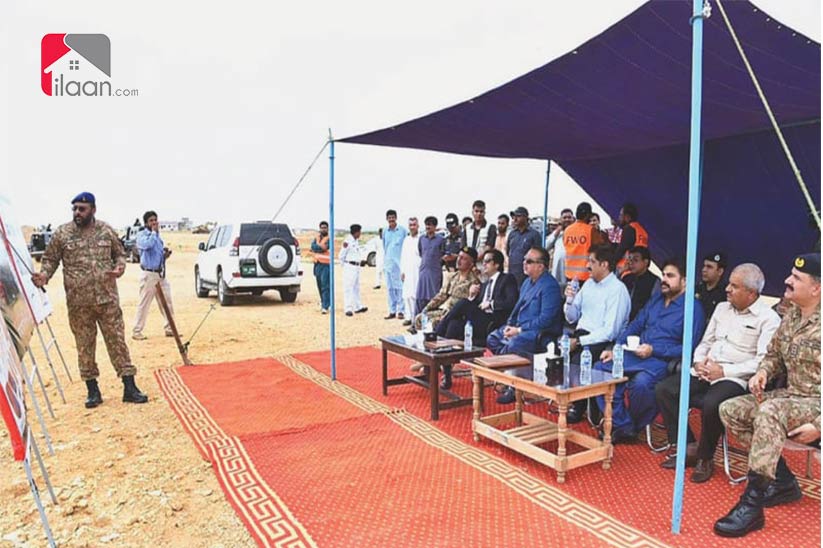 Karachi: Recently, the Federal, as well as the Sindh government, has formed a joint technical committee to review report on the construction of K-IV which is a canal project that is being developed for the city. NESPAK (National Engineering Services Pakistan) is expected to submit the report in this stance by the end of this month.

During a high-level meeting, this decision was taken by the review committee. The the meeting was held at CM (Chief Minister) House in Karachi after the suggestion received by Khusro Bakhtiar; the Federal Minister for Planning and Development.

All the members as well as the leaders of the planning commission, Imran Ismail; the Governor Sindh, ministers from the local government, FWO (Frontier Works Organization) delegation were present during the meeting.

Major General Inam Haider; the Director-General of FWO while addressing the meeting states that nearly 70% of the civil work for the canal project has already been completed. Of the 120 kilometers, 91 kilometers will be utilized for the flow in gravity.

Inam Haider further elaborated that an important issue of alignment with the canal has been assessed by the third parties and the National Engineering Services Pakistan (NESPAK) authorities. In response to the issue, NESPAK (National Engineering Services Pakistan) officials said that they will be recommending changes to the design soon. Additionally, the geo study of the canal has also been planned to ensure the
embankments that can take the pressure of 660 million gallons of water a day.

As per the latest reports, K-IV project is a 121-kilometer canal is being constructed from Kenihar Lake. This initiative is going to be completed at a cost of PKR 120 billion approximately. After a proper review, the canal project is expected to be completed soon.