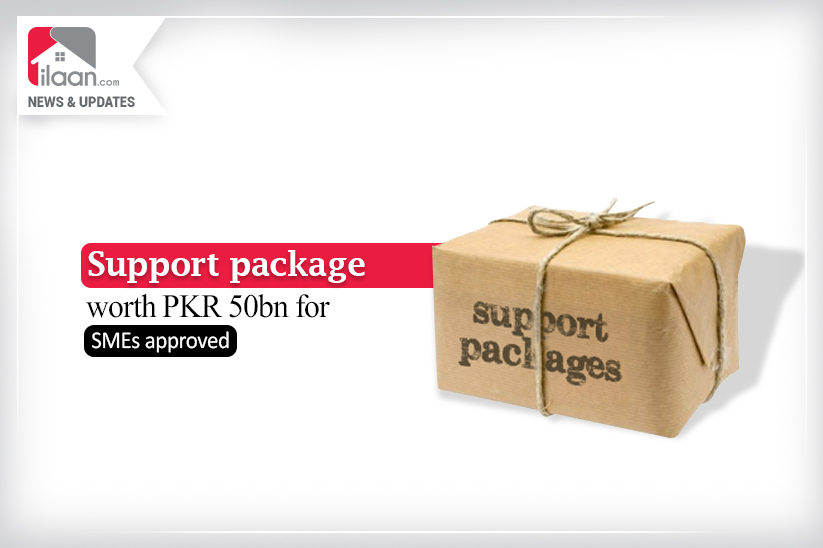 Islamabad: The Economic Coordination Committee (ECC) of the cabinet has approved a support package of PKR 50 billion for small and medium enterprises.

According to the details, the package was approved on Monday and negotiations have been allowed with 11 countries for putting on hold repayment of $1.8 billion debt for almost a year.

The decision came after the meeting of the ECC presided over by Adviser to the Prime Minister on Finance and Revenue Dr. Abdul Hafeez Shaikh, who also approved PKR 3.02 billion additional funds for fencing the Pakistan-Iran border on a demand made by the Ministry of Defence.

Minister for Industries and Production Hammad Azhar told reporters after the meeting that the Rs50.69bn package approved by the ECC would provide indirect cash flow support to the SMEs through pre-paid electricity and would benefit about 3.5 million people.

For this purpose, the bills of May, June, and July of last year will be used as a benchmark to be financed by the government whenever the businesses start working. This facility would be available to be availed for six months.

The package has been named as  ‘Chota Karobar-o-Sanat Imdadi Package’ and it has been prepared by the Ministry of Industries and Production in consultation with the Small and Medium Enterprises Development Authority.