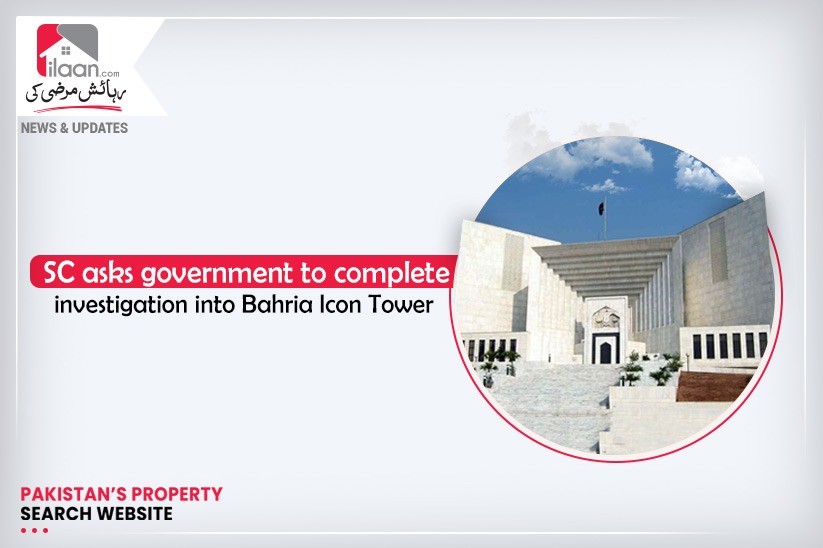 Islamabad: On Thursday, the Supreme Court of Pakistan ordered the government to finalize the investigation into Bahria Icon Tower Case and submit a final reference copy by the 6th of July.

Meanwhile, the court showed anger over the fact that co-accused Zain Malik, who is the brother-in-law of Bahria Town Chairman Malik Riaz is still yet to be arrested. “Why NAB has not arrested Zain Malik yet while he and Dr. Dinshah were the partners and Dr. Dinshah is arrested?” Asked Justice Qazi Amin.

He further asked about the chief minister who has approved the allocation of land for Bahria Icon Tower, Karachi.

“Why NAB is protecting the accused from the law and whether is it allowed to construct a superlative building on the state land?” Justice Amin acquired.

Justice Bandial Further asked if Dr. Dinshah has any dispute with the government before being appointed as an advisor? On the other hand, Justice Qazim Amin stated that there is no need to look deeper into the documents and details for such things as everything is clearly mentioned on the wall.