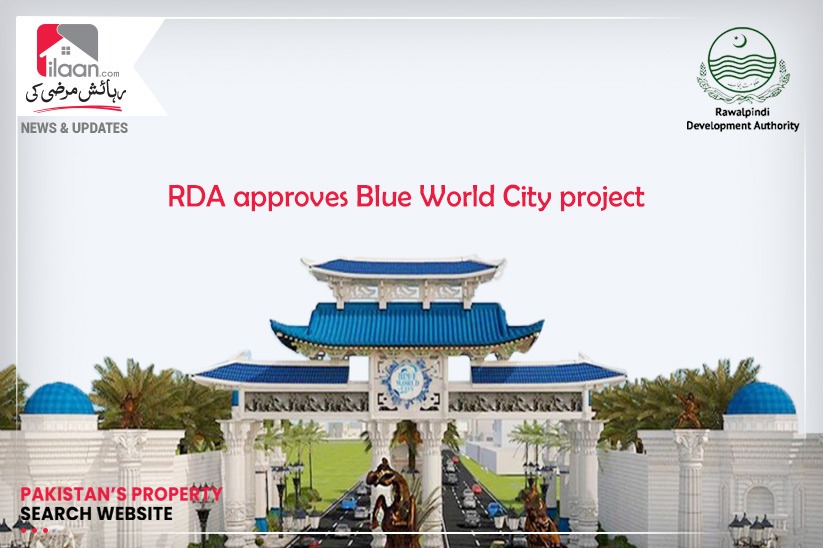 Rawalpindi: The Rawalpindi Development Authority (RDA) has approved one of Pakistan’s mega housing projects, Blue World City after all the legal requirements were fulfilled. However, a final NOC is yet to be issued, as reported by the news sources.

Development and construction works are being undertaken in accordance with the instructions from the high court, said Sarfaraz Ahmed Gondal, Country Sales Head, Blue World City. He confirmed that no advertising campaign for the project has been made, nor will it be made until the final NOC is issued by the apex development authority.

He emphasized that the company reserves the right to take legal action against those who are misusing the names of government bodies and organizations and spreading rumors to damage Blue World City’s reputation.

He also said that the company’s low-cost housing project, aimed at fulfilling a common Pakistani’s dream of owning a house, has created panic among the competitors who are spreading false information and doing propaganda against the Blue World City. He also said that the administration of Blue World City will confirm the issuance of an NOC in its favor and take the necessary steps to accelerate the work in progress.