Punjab to be able to conduct 5,000 tests per day: CM Buzdar 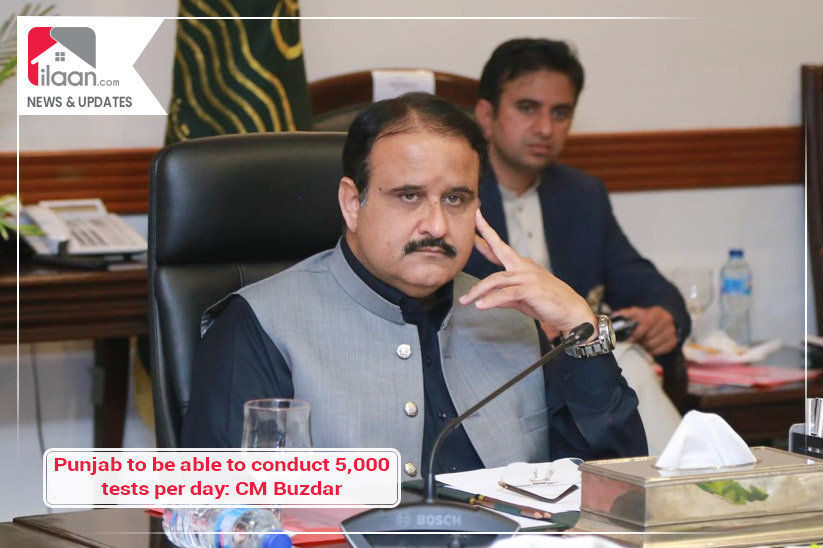 Punjab to be able to conduct 5,000 tests per day: CM Buzdar

Lahore: Punjab Chief Minister Sardar Usman Buzdar said that the Punjab Government had reached to the capacity of conducting 3,100 tests daily but it would be increased to 5,000 tests per day soon, as reported by the news sources.

He said this while presiding a meeting of the cabinet committee for the eradication of coronavirus at his office in Lahore. During the meeting, a detailed review of the prevailing situation was conducted along with the different facilities arranged for the patients in the province.

“As many as 1,785 people were tested on Monday. There were around 19,000 diagnostic kits available in Punjab and 2,000 more would be received from National Disaster Management Authority (NDMA) on Wednesday,” said CM Usman Buzdar. He also said that the testing labs were being established in Lahore and other districts of Punjab, eight of which would be made functional at priority.

He also directed the authorities to implement Section 144 strictly because that is implemented to protect the lives of the citizens. He ordered action against those violating the pillion riding ban.

The CM also ordered for establishing separate wards for coronavirus affected pregnant women in Lahore and other district hospitals.