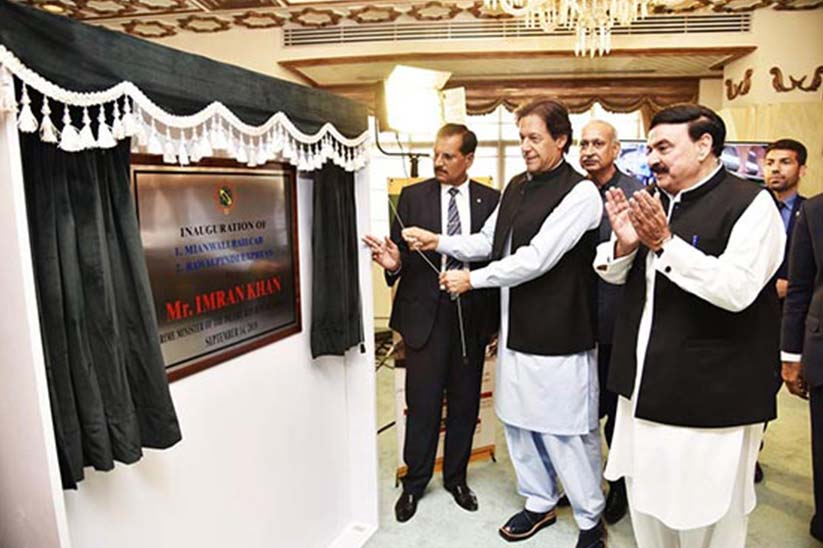 Rawalpindi: Imran Khan, the Prime Minister of Pakistan is going to inaugurate the Mianwali Express Project today. The news has been confirmed by Sheikh Rasheed Ahmed; Federal Minister for Railways.

As per Sheikh Rasheed, the Mianwali Express Project is the 36th passenger train project, which is developed by the Pakistan Railways. As per him, this rail service is going to facilitate the people of Mianwali district.

Federal Minister of Railways revealed that Pakistan Railways has successfully increased the number of passengers trains up to seven million in just 10 months. As per him, this number can be easily extended to 10 million. He further explained that the railway administration has recorded an incremental of 7% in the freight during the timeframe of 10 months.

Sheikh Rasheed Ahmed has expressed the true hopes that the foundation stone for Leh Expressway project is going to be laid soon. The concerned authorities are going to finalize the arrangements for the construction of the work along with managing feasibility study and PC-1 for the project are nearly completed. He also revealed that the railway administration wants to install railway tracks along the Leh Expressway that is going to be completed on a Build-Operate-Transfer (BOT) basis.

It is reported that the construction of the 23 kilometers long Leh Expressway is going to commence right after the last rainfall of the monsoon season. This four-lane expressway is expected to be completed in a timeframe of two years along with a track for the mono train is also going to be a part of it.

Federal Minister of Railways, Sheikh Rasheed stated about Main Line-1 (ML-1) project incepting from Karachi to Peshawar that the concerned authorities will be finalizing the matters regarding the up-gradation as soon as possible. Once the ML-1 project will be upgraded, it is going to completely change the face of Pakistan Railways and is also going to encourage the economic revolution in the country.