PM urges people to follow SOPs after easing of lockdown 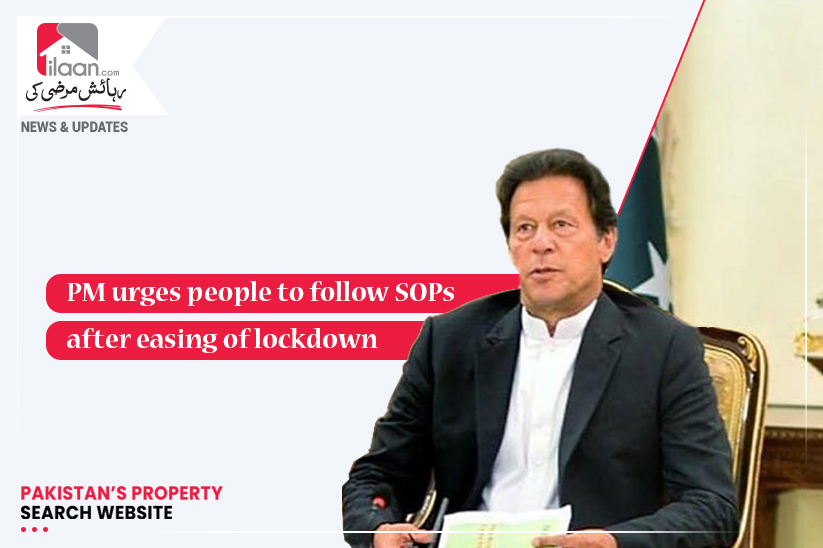 PM urges people to follow SOPs after easing of lockdown

Islamabad: The Prime Minister of Pakistan Imran Khan announced further easing of lockdown measures across the country on Monday and urged the nation to adopt standard operating procedures (SOPs) to curb the spread of the novel coronavirus.

While addressing the nation, the PM said, “I want to request all of you to follow the SOPs we have outlined to prevent the spread of this virus. If we don't take precautions then we will continue to suffer.” He also announced that the government has decided to open all the sectors where the threat of viruses is not present.

The Prime Minister also warned the people the virus will continue to spread and we have to learn to live with it until a vaccine is developed. He also gave the example of the world leaders who have agreed that the virus is not going anywhere until an antidote is discovered.

"The world has agreed, the richest countries have come to the conclusion that the virus will spread no matter what. Nothing can be done about it. The virus will spread and our death toll will also rise. I have been saying this since day one," he said.

He also said that he was always against the lockdowns because they were not a cure for the virus. However, he said that the provinces are free to make their own decisions under the 18th amendment of the constitution of Pakistan.

During the address, he also said that the lockdown has done nothing but caused massive suffering for people who relied on daily wages to feed their families. "The reality of our country is that there are 25 million laborers whose families will starve if they don't work. So, I personally, have always believed that a lockdown was going to affect these workers,” he added.