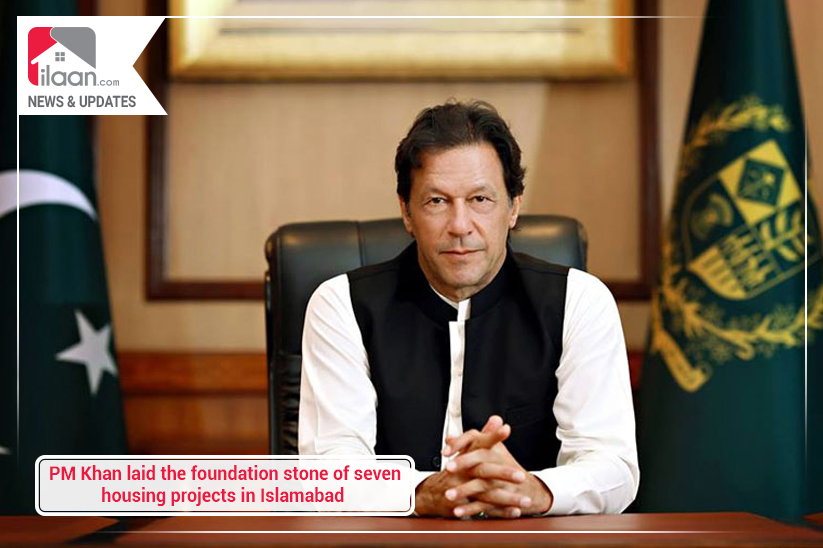 Islamabad: Prime Minister Imran Khan laid the foundation stone of seven housing projects in Islamabad and said it is ‘just beginning’ and Pakistan is on the road to join nations with low-income housing projects.

While addressing the foundation stone laying ceremony, PM Imran Khan once again vowed to construct five million houses in five years. He said that salaried persons cannot build their own houses but through this project, they will be able to get their own homes.

According to the details and as revealed by the PM himself, 20,000 housing units will be constructed under the seven housing projects at a cost of PKR 100 billion. He also announced that the government will soon launch mega projects in Karachi and Islamabad’s Blue Area.

The prime minister said that these projects would not only provide residential facilities to those people who do not own any but also boost the construction sector in the country and will create job opportunities.

In Pakistan, the housing financing is 0.2 percent, which is very low compared to many regional and international countries, he added.

While highlighting the importance of green areas for the wellbeing of the country, PM Imran said that the government has eased the laws about skyscrapers in the country.