Pipeline Project Implementation – Pakistan and Iran to Work on it Together 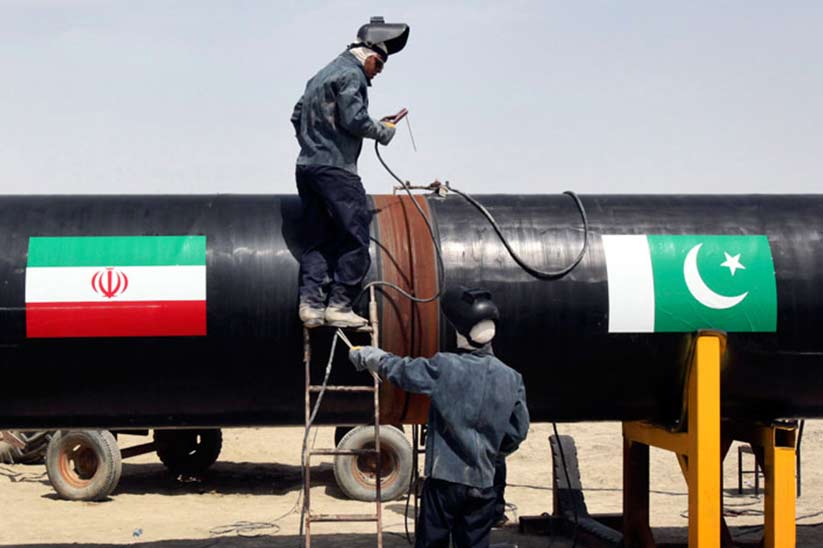 Pipeline Project Implementation – Pakistan and Iran to Work on it Together

Islamabad: Iran-Pakistan (IP) gas pipeline project is one of the most important projects for Pakistan and for this project, Iran has agreed to work closely with Pakistan while providing full support.


Dr. Muhammad Faisal, the Spokesperson of FO (Foreign Office) while talking about this decision further explained to the news sources that this crucial decision was made by both the countries themselves. During the recent visit of Prime Minister (PM) Imran Khan to Iran, the IP pipeline project has been one of the basic and most important topics to discuss between both the countries.

Earlier, it was announced that Iran has a keen interest in joining China-Pakistan Economic Corridor (CPEC) project by the Iranian Ambassador in Pakistan, Mehdi Honardoost at the Pakistan-Iran Joint Chamber of Commerce and Industry meeting. During this meeting, the ambassador emphasized the real importance of CPEC in respect to every domain of regional cooperation trade.

Spokesperson, Dr. Muhammad Faisal stated that both the countries i.e. Pakistan and Iran had numerous discussions over many projects and among those projects, IP gas pipeline project was one of the most emphasized ones. He explained that both of the countries have expressed their immense commitment towards each other and displayed enough trust to work closely for ensuring this project becoming successful with proper effective implementation.

This pipeline project is also referred to as ‘Peace Pipeline’, making both the countries standing together side by side in support of each other. This project is under construction at the moment. Development of a 2,775 kilometer (km) pipeline is expected through this project that is going to deliver natural gas from Iran to Pakistan with effectiveness and efficiency.

It was also in the news that nearly 20 companies are interested to invest in the gas sector of Pakistan that can help the company in strengthening its economy.