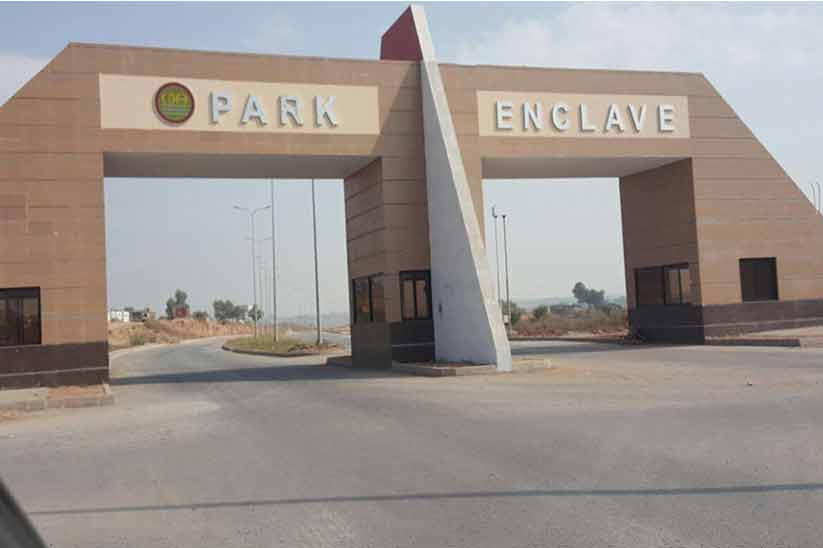 Islamabad: On Friday, the Capital Development Authority (CDA) took over the remaining portion from the clutches of illegal occupants from the Park Enclave Housing Project.

On Thursday, an operation was launched with collaboration with the Islamabad police department and the administration. Several officers including Director Enforcement, Project Director of Park Enclave, Assistant Commissioner ICT and officials of Land Directorate were included in this operation.

It is worth mentioning that the Park Enclave Housing Project was launched in 2011. CDA worked very hard in the development of the area but at an extent, they were not able to proceed. This was because nearly five streets comprising at least 50 plots were illegally occupied and evacuating the members from those plots was crucial and difficult.

From January 2019, the efforts were underway to develop the area and seize the occupied land from the clutches of land grabbers. CDA member Khushal Khan directed the concerned departments to actively pursue all the cases in this regard that were going on in various courts.

Park Enclave is CDA housing scheme in Islamabad, located 7km from Islamabad club and 8km from Serena Hotel. It is just across Rtd. General Pervez Musharaf farmhouse, Chak Shahzad. With its prime location and quick access to Kashmir Chowk, Kashmir Highway, Lehtrar Road and Islamabad Highway, the illegal occupants made it a hurdle for CDA to vacate the area from their clutches. After months of process and encroachments activities, finally, CDA managed to vacate the area on this Friday.

The authorities have currently tasked the Project Director of Park Enclave to start the development of the remaining portion at earliest. On the land that was grabbed by illegal occupants, more than a dozen allottees would be able to construct their house on the available plot.