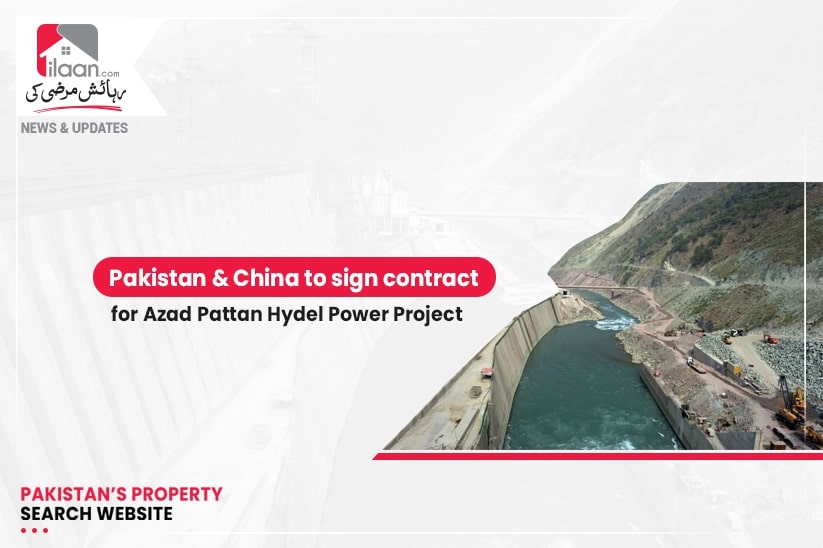 another project of CPEC for greener Pakistan is to be signed between China and Pakistan. Azad Pattan Hydel Power Project is getting started very soon.

ISLAMABAD: CPEC Authority Chairman Asim Saleem Bajwa made an announcement through a tweet, saying that Pakistan and China would be signing an agreement for the construction of the Azad Pattan Hydel power project.  Chairman also highlighted that the mentioned contract between the countries would be another milestone achievement of the CPEC initiative. The project would be signed with a Chinese firm called “China Gezhouba”. He also said that Prime Minister Imran Khan would be attending this ceremony.

Moreover, Asim Saleem Bajwa revealed that the hydel power project is expected to bring an investment of approximately 1.5 billion USD, as there were no fuel imports involved. It would be helpful for Pakistan to walk towards the least expensive and greener energy.

Pakistan and China had agreed to include the 700-megawatts project under CPEC last year, and the venture will be financed in Chinese currency. On the bank of River Jehlum, Run-of-the-river project will be located near Azad Pattan Bridge and will have the tendency of four-hour peaks on a daily basis. The project is predicted to be completed by the end of 2026.