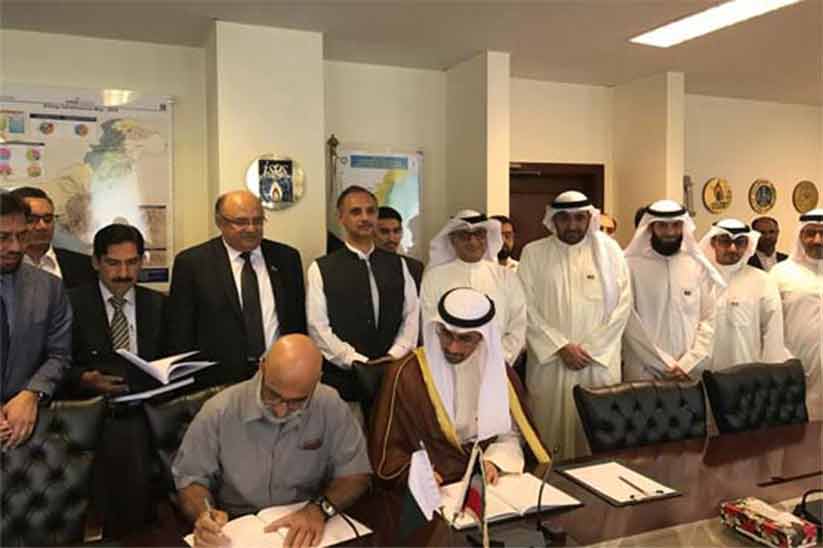 Islamabad: A concession agreement has been signed by a Kuwaiti petroleum exploration company with the Pakistani authorities concerning Makhad oil blocks found in the Punjab and the Khyber Pakhtunkhwa (KP).

KUFPEC (Kuwait Foreign Petroleum Exploration Company) is a state-run company and it has signed an agreement with the federal government of Pakistan on the behalf of its subsidiary, Kirthar Pakistan (KPBV).

Qazi Mohammad Saleem Siddiqui, the Director General of Petroleum Concessions and Hayauddin, the Petroleum Secretary has signed the agreement on the behalf of the Pakistani government.

Kuwait Foreign Petroleum Exploration Company is the international oil and the natural gas exploration and the production unit of the Kuwait Petroleum Corporation is going to invest a total sum of USD 9.8 million in this stance.

Previously, the process of drilling for locating oil and the gas in the sea reserves was made on the Karachi Harbour. The drilling process completed to a 280 kilometer away from Karachi Harbour. ENI Company based joint venture operation has successfully drilled a total of 5,470 meters deep in the sea and has accessed the oil and the gas reserves. The drilling company started the process of quantifying the volumes of the natural resources checking the depth of the reserves.

According to the agreement, the company will be investing a total amount of USD 30,000 on an annual basis for the Makhad block for the proper development of the social welfare schemes.