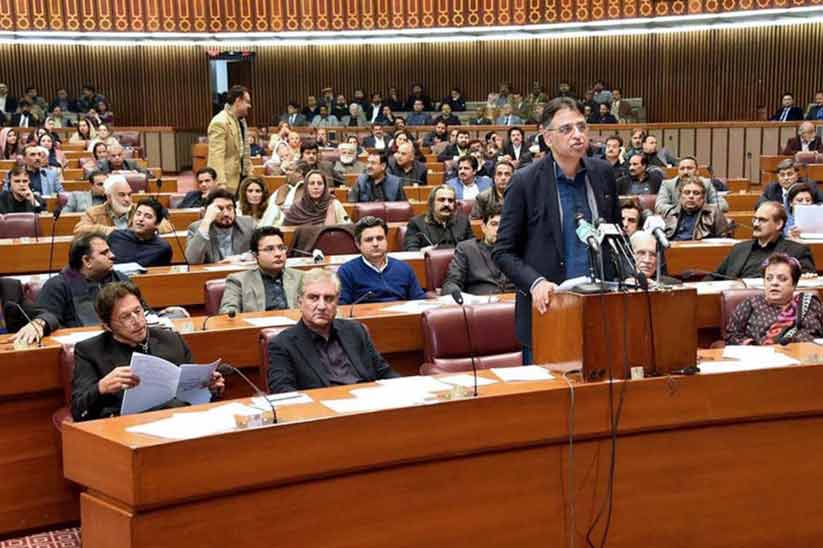 Islamabad: As per news sources, the mini-budget has passed with the majority of the votes in the National Assembly (NA).

While addressing the concerns of the local vehicle manufacturers, it is decided that irrespective of the engine capacity, the locally built vehicles can be purchased by non-filers.

On the profit of Pakistan Banao Certificates, Sarmaya-e-Pakistan Limited and Duty Drawback Bonds, there would be no advance tax charges.

On the locally manufactured vehicles having an engine capacity of 1,800cc or above are bound to pay ten percent federal excise duty.

The Finance Minister, Asad Umar informed in this budget speech that the government has not introduced any Secondary Supplementary Budget to generate any revenues. The purpose is solely to attract new investments, increase in exports and providing trading incentives.

For transferring the loans, the government has not accepted any sort of tough condition that was set by the International Monetary Fund (IMF) for Pakistan. He further added that the government has provided much tax reliefs to the print media industry, the SME (small and medium enterprises), the agricultural and the housing sectors and the stock market.

Talking about the banking incomes, the tax rate has been decreased from 39% to 20%, arising additional SME financial assistance, low-cost housing solutions and agricultural financing modules.

For providing interest-free loans for the low-income housing schemes, the government has also announced a revolving fund worth PKR 5 billion. Finance Minister, Asad Umar said that the government wishes to facilitate the underprivileged segments of the nation, and therefore for them, an interest-free revolving credit (Qarz-e-Husna) is introduced to help them for the construction of their low-cost houses.

To facilitate the low-income segment, the government has also reduced the taxes on wedding halls. The halls that are sized up to 500 sq. feet have a tax deduction, where they are asked to pay PKR 5000 as a tax instead of PKR 20,000 now.

The government has taxed heavily the expensive mobile phone and luxury cars. In the same time, the government has allowed the non-taxpayers to purchase vehicles up to 1,300cc. Withholding tax that was implied on banking deposits and transactions for the filers has however withdrawn.