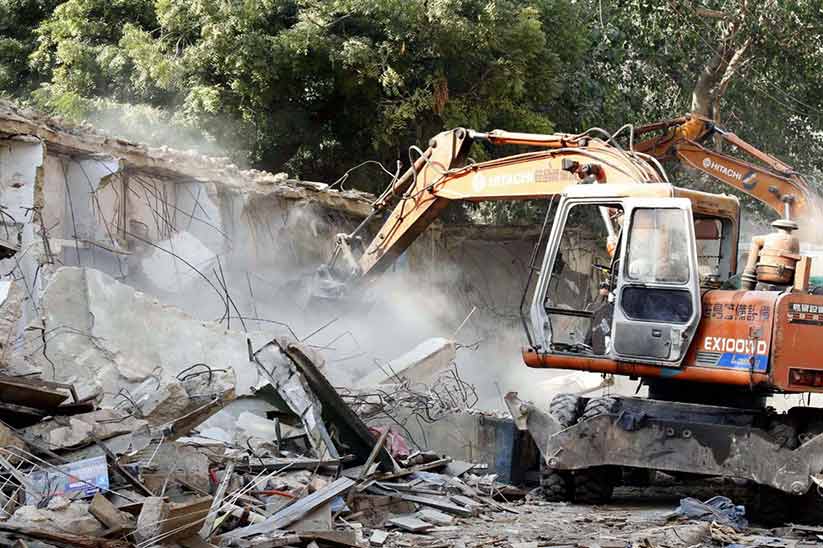 Karachi: Pakistan Railways administration has confirmed the news sources that they have demolished nearly 100 houses that were illegally constructed on Circular Railway land. This encroachment is part of the orders issued by the Supreme Court of Pakistan.

The demolishment of the houses started from Gulshan-e-Iqbal Block 3 in the companionship of police contingents. The illegal houses are timed to be demolished as per the orders of the authorities but the occupants of those houses requested to be granted with some time to shift their belongings to a safer location. After the hearing of the appeals of the occupants, the authorities resumed the operation.

The operation lasted for several hours, where nearly 100 houses were razed by the administration of Karachi Circular Railways. It is reported that no resistance in this stance was observed or recorded.

It is reported that nearly 10,000 illegal houses are constructed on 26 acres land owned by Karachi Circular Railway. The land is going to be cleared around the 27-kilometer track as per the orders received by Supreme Court.

The occupants and tenants of the houses claim that they were paying the rent of the houses monthly on a regular basis to the members of some political party. They even complained that they were never informed about the land being illegal, as if that had been in their notice they would have cleared the houses already.

Back in December 2018, a similar operation was carried out to clear 7-kilometers of Circular Railways land in the central district area of the city. Pakistan Railways administration has announced that a similar sort of encroachment activity will be held in the eastern district too to free the land from illegal occupants.

It has been reported that on the eastern district area of Karachi, nearly 20-kilometer wide land is in clutches of illegal occupants, which is owned by Circular Railway.