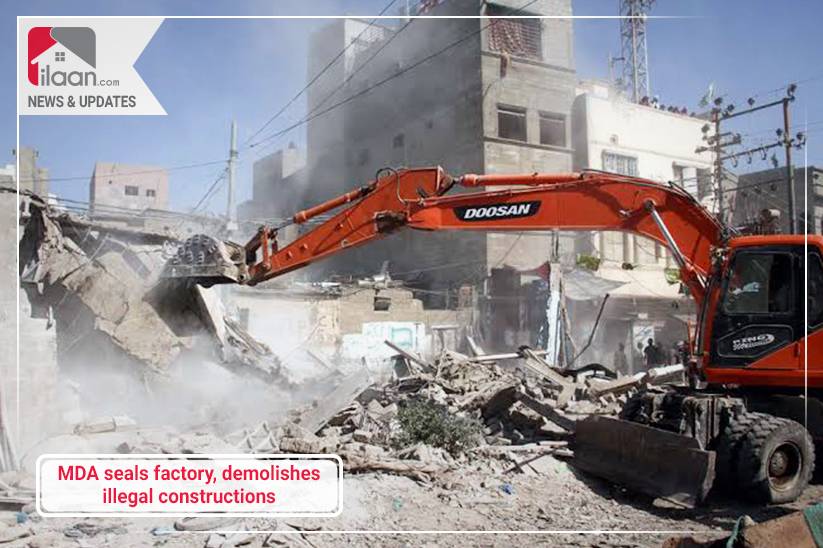 The Multan Development Authority (MDA) on Wednesday, demolished as much as seven shops and sealed a commercial factory on Wednesday in an action against illegal constructions, according to the news sources.

The factory owned by Rana Zahid Ali and Rana Abid Ali was also sealed by the authorities.