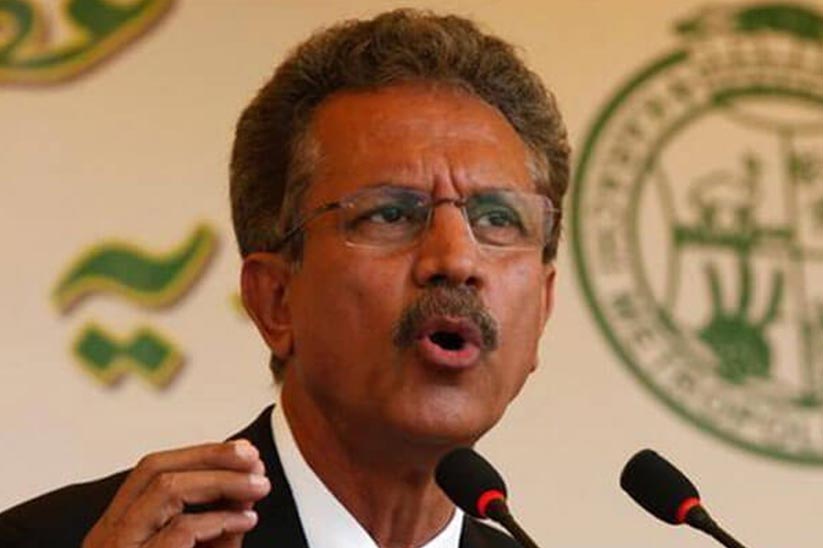 Karachi: Wasim Akhtar, the Mayor of Karachi city has recently requested the federal government for the direct provision of share in the NFC (National Finance Commission) Award to the local bodies of Hyderabad as well as Karachi.

Wasim Akhtar while talking to the news sources has made a direct appeal to the Prime Minister (PM) of Pakistan, Imran Khan. The Mayor further stated that the federal government should be offering the share of the Karachi city as well as Hyderabad in the NFC Award directly to the local bodies of the two major cities of Sindh province. He added that through this measure, the basic civic along with municipal problems being faced by the people of these cities can be easily resolved.

The Mayor, Wasim Akhtar has also warned the immense challenges of the rapid urbanization going on in the country. As per him, the government needs to start dealing vigorously with the upcoming challenges on an immediate basis. The situation can be handled but it can get complicated if the government fails to act upon it.

The Mayor has revealed that the KMC (Karachi Metropolitan Corporation) has also initiated an expansive operation to clean storm-water drain areas of the city before the monsoon season begins. He also stated that the most important problem that needs to be addressed is to shift the Karachi’s waste to the landfill sites on the outskirts of the city.

The Supreme Court (SC) of Pakistan has recently directed the Sindh government as well as the local civic agencies to properly address the infrastructural anguishes and woes of Karachi city before the city faces the condition of ‘massive collapse’.

Mayor Waseem Akhtar has appealed the PM of Pakistan to allocate a special development package for Karachi city. The unresolved problems of the city will directly hurt the entire nation.