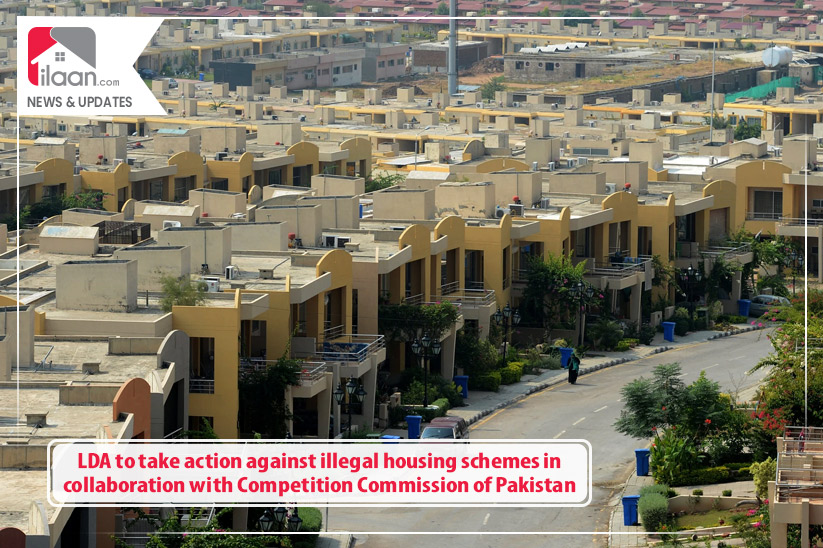 Competition Commission of Pakistan (CCP) has agreed to collaborate with the Lahore Development Authority to take action against illegal housing schemes in Lahore division.

Lahore: Competition Commission of Pakistan (CCP) has reportedly expressed its willingness to take joint action with the Lahore Development Authority (LDA) against illegal housing schemes in Lahore that deprive buyers of their precious money through deceptive marketing.

Member of CCP Dr. Shahzad Anser called LDA Director General Sumair Ahmed Syed and apprised him of the modus operandi of his department for safeguarding public interest in the real estate sector. He said that CCP has initiated a sou motu action under the Competition Act, 2010 against illegal housing schemes using deceptive marketing to sell their land to the general public in the Lahore division. Concerns were raised by LDA upon which the commission has decided to initiate an inquiry.

The inquiry team from CCP has visited 62 illegal housing schemes involved in deceptive marketing located in the Lahore division under the supervision of LDA Management.