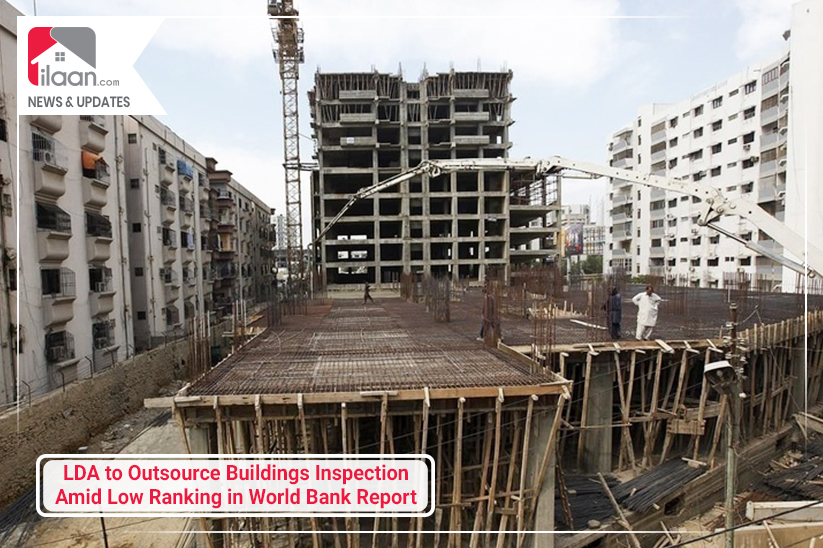 Following the World Bank Report and Pakistan’s ranking behind India, Lahore Development Authority has decided to outsource its inspection of building structures.

Lahore: The Lahore Development Authority (LDA) has decided to outsource its building inspection operation – a key job for swift issuance of certificates after completion of residential, commercial, and industrial buildings – following the latest report issued by the World Bank named “World Bank’s Doing Business 2020” where it has ranked Pakistan behind India.

The government of Pakistan is also planning to improve other functions such as the provision of electricity connections and credit and protecting the minority investors on a priority basis following the said report. Speaking to the journalists, a senior LDA Official said that LDA has decided to outsource the inspection segment of completed residential, commercial, and industrial building structures falling within the controlled area of the LDA. Pakistan ranks at 112 in this area among 190 countries.

The country’s ranking on registering property, paying taxes, trading across borders and enforcing contracts improved to 151, 161, 111 and 156, respectively with India standing at 154, 115, 68 and 168, respectively. India’s ranking improved in certain areas including the construction permits, electricity, and protection of minority investors.