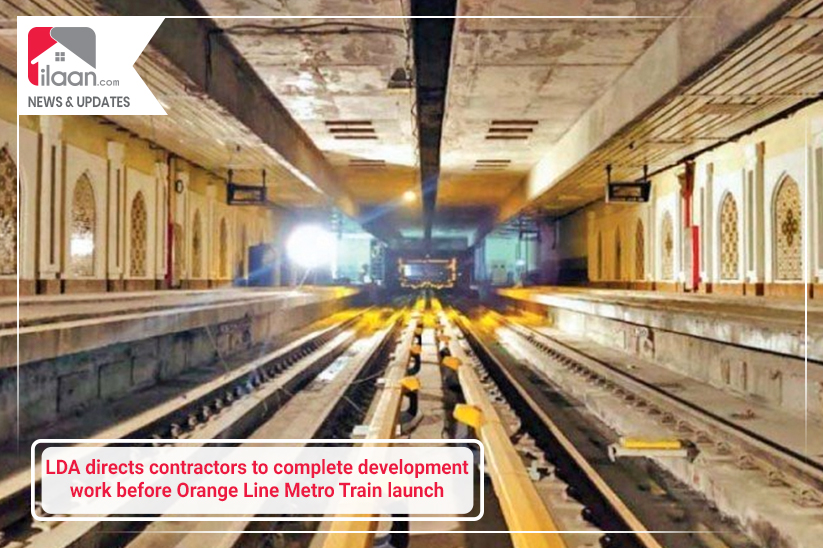 LDA has directed the contractors of Orange Line Metro Train to complete the development work before the project’s commercial launch to ensure that the commuters have a smooth traveling experience.

Lahore: The Lahore Development Authority (LDA) has directed the Orange Line Metro Train (OLMT) contractors to complete all development work of the project before the launch to save the commuters from any inconvenience.

The LDA Director General Sumair Ahmad Syed presided a meeting to review the OLMT project’s progress and instructed the concerned officials to complete all the remaining work of the package at the earliest. For the timely completion of the remaining work, LDA Director General directed the officials to utilize all the resources to ensure proper completion without any further delay.

It should be noted here that earlier this month, Punjab Minister for Transport Muhammad Jehanzaib Khan Khichi had inaugurated the trial run of OLMT.