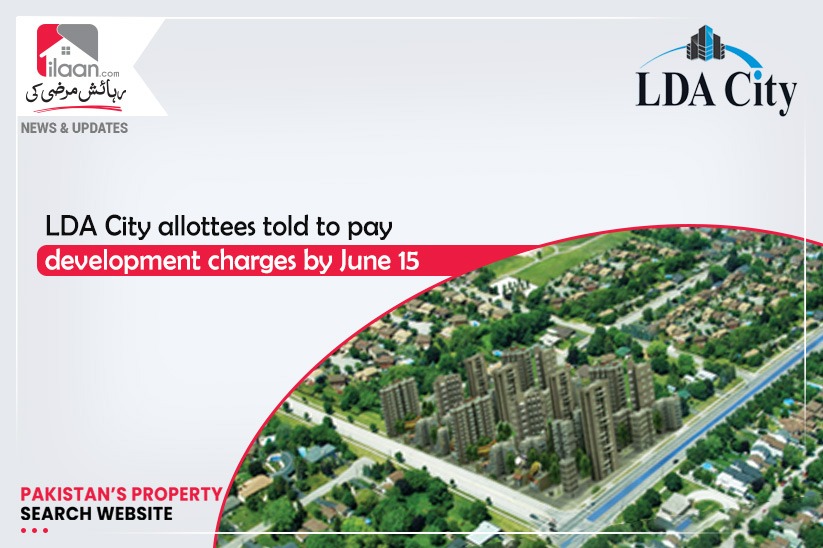 Lahore: According to the news sources, the Lahore Development Authority (LDA) has asked the allottees of plots in LDA City Housing Scheme (Phase 1) to deposit the installments of development charges by June 15.

Failure to deposit the installment by the said date will result in a mark-up of 17.5 percent, said the notification. The notification was issued by the authority after it was decided not to extend the deadline beyond June 15.

According to the LDA spokesperson, initially, the last date for depositing the charges was April 7, but due to the situation arising out of the Covid-19 pandemic, the deadline was extended thrice for the convenience of plot holders.

Speaking to the media, the LDA spokesperson said, “The authority has now decided not to extend the cut-off date any further and called upon the plot owners in LDA City for paying the amount due by this day positively to avoid mark-up on late payments.”

He further said that the late payment of development charges may result in slowing down of the pace of ongoing development work, escalation in cost of development of road network and other infrastructure in the scheme as well as delay in handing over possession of plots to the owners.