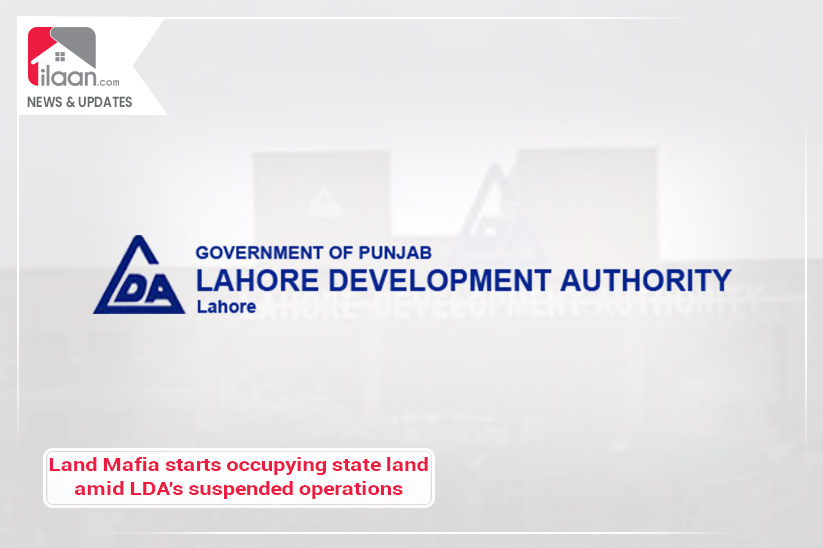 Lahore: Due to the coronavirus pandemic, the Lahore Development Authority (LDA) is witnessing suspended operations and taking advantage of the situation, the land mafia has started occupying state land in various parts of the city.

Warning the illegal occupants, LDA Director General Ahmad Aziz Tarar said, “Any attempt to grab or illegally occupy state land by taking advantage of the present situation in the wake of Coronavirus pandemic outbreak will be foiled with full force.”

Speaking of the performance of the LDA staff during the lockdown, he said that the relevant field staff was regularly visiting different housing schemes despite the closure of government offices and all possible resources are being utilized to protect the state land from the land mafia. He also said that for the security of the recovered plots from reoccupation, boundary walls had been ordered already. Meanwhile, the LDA staff thwarted three bids for occupying plots at Sabzazar and Tajpura schemes.

The LDA staff has also demolished illegally constructed structures at plot no. 129-A and 129-B in B-Block of Sabzazar and retrieved two plots of 3.5 Marla, which were occupied during these days. The LDA staff also foiled the attempt to grab Plot No. 75 in L-Block of Sabzazar despite display of arms and resistance.