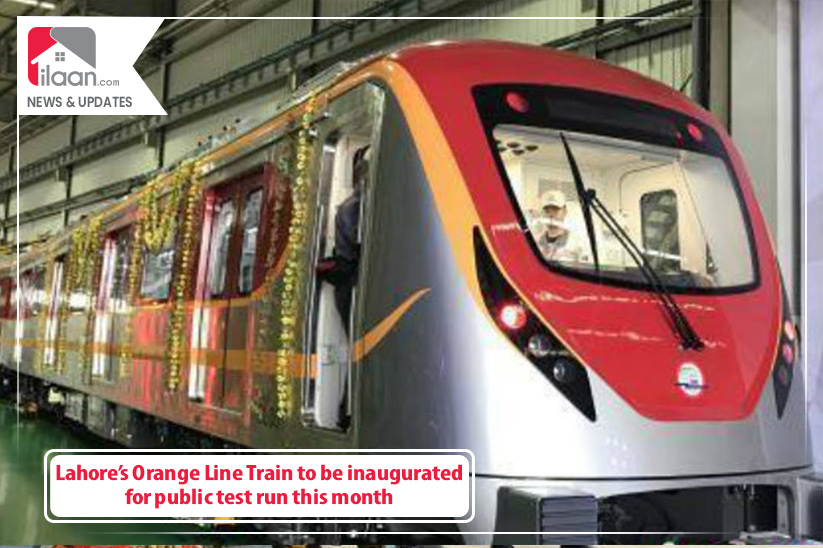 Lahore Orange Line Train is all set to be launched for public test run on December 10, as announced by the Punjab Government.

Lahore: According to news sources, the highly anticipated Lahore’s Orange Line Trains is all set to be made functional in March-April next year. However, the government of Punjab has decided to launch the service for a test run on December 10.

The test run is for 3 months after which the train will be officially launched for the public from December 10. Reports suggest that all technical and mechanical work has been completed. Speaking to the media, the Punjab Transport Secretary Asad Rehman Gilani said, “once the train starts, several tests of aligning, breaking, and signaling will be conducted.” He also added that all the services will then be integrated into the train.

Also Read: Orange Train Project is about to be completed

During the test run, 5 bogies will be attached to the engine and the train will cover a distance of 27 kilometers in 35 minutes. The finance department has also started to determine the fare that is expected to be somewhere between PKR 40 and PKR 50. The study shows that the project will facilitate more than 350,000 passengers every year.