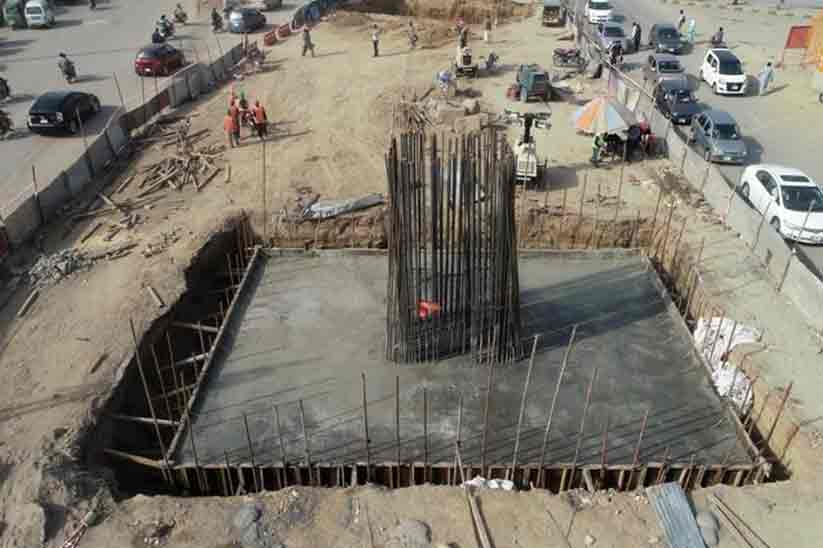 When it comes to developmental work, no other city of the country can match the pace of Lahore. The home of 11.13 million people, besides being rich in culture, also offers a plethora of services that improve the living experience.

Commuting and infrastructure are two areas in which no other city of the country can overshadow Lahore. Be it Metro Bus Service or the quality of roads, commuting in Lahore is a lot more comfortable than it was ever before.

The aim of the provincial government to make Lahore a signal-free zone is coming to life with the completion of every other project. Shaukat Khanum Flyover is also a part of this plan that was initiated in January and it will connect Khayaban-e-Firdousi and Khayaban-e-Jinnah. According to an estimate, this project will benefit more than 200,000 vehicles on a daily basis. It is not just a flyover but a complete project that includes one main flyover, four pedestrian bridges, and remodeling of a number of U-turns. Not just the residents of the area but people residing in nearby housing schemes including Wapda Town, LDA Avenue-I, Iqbal Avenue, Lahore Garden, Valencia, Ghee Corporation, Nasheman-e-Iqbal, and PCSIR-II will also enjoy the fruits of this project.

In the surrounding areas of Shaukat Khanum Hospital, there are a lot of housing schemes that are under development but in the near future, they will increase vehicular pressure and cause problems. Keeping these points in mind, this project was started by mutual funding of Punjab Government and Lahore Development Authority (LDA).

Besides the convenience that this project will offer, it will also cause a surge in the prices of real estate properties in the nearby areas. The realtors are of the view that the prices of properties will increase by at least 15-20%. For investors and genuine buyers, it is a great time to invest in the mentioned housing schemes so that better profits could be earned.

This Rs.1.6 flyover is just one of the projects of the city that will make Lahore a signal-free zone. A very similar project is also being constructed in DHA known as DHA signal-free corridor which will also be completed this year. While there are people who are against these projects, all of these will make traveling more convenient for the residents of the city. It is also expected that the work on these projects will further speed up in the weeks because the general elections are just around the corner and the government would like to get these completed as early as possible. At ilaan.com, we are optimistic that all these developments will further strengthen the real estate sector in the country and benefit all the stakeholders.