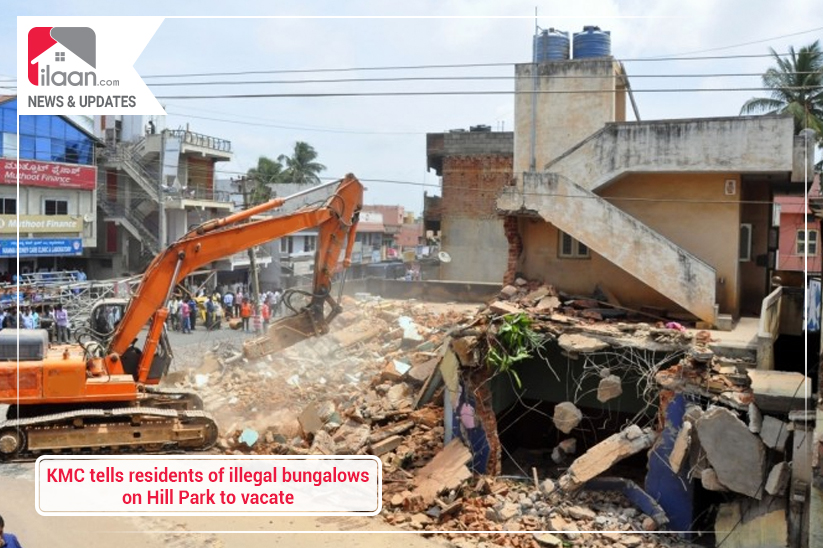 Karachi: According to the news sources, Karachi Metropolitan Corporation (KMC) on the directives of the Supreme Court has issued notices to the owners of four bungalows constructed on the land of the Hill Park in the District East.

The park is spread over an area of 61 acres and it was constructed in 1960s. According to the KMC Anti-Encroachment Director Bashir Siddiqui, notices have been served to the residents to vacate the structures in seven days.

On the other hand, Karachi Commissioner Iftikhar Shallwani has also been informed through a letter that an anti-encroachment operation would be carried out on Thursday, February 27. As per the details, the bungalows have been constructed over a slope of Hill Park. The notice posted on the walls of the bungalows says, “Whereas, in the year 1972, the Karachi Development Authority under an order transferred the administrative control of the premises of [the Hill Park] to KMC for maintenance as public recreation.”

“And whereas, a residential plot number 38-G-1 measuring 600 square yards was created illegally and allotted to you [the owners] by the Pakistan Employers Cooperative Housing Society (PECHS) at the slope and within the premises of the amenity land of Hill Park.”

The residents have been asked to immediately leave the premises because they are illegal occupants of the plots in the Hill Park. According to the letter issued by the KMC in light of the orders of the Supreme Court, “You are hereby required to remove aforementioned encroachment or illegal occupation of the constructed property within the premises of public recreation land at the slope of the Hill Park within seven days from receipt hereof positively failing which illegally constructed structure will liable to be demolished at your risk.”