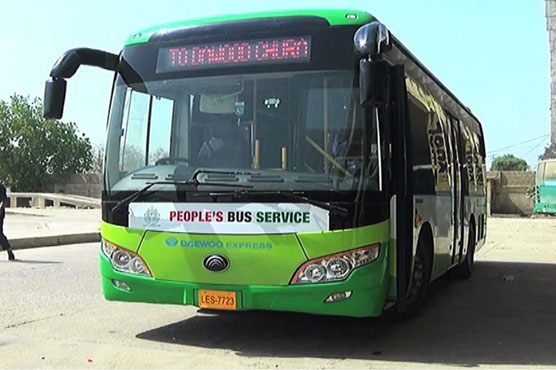 Karachi: Awais Qadir Shah; the provincial Transport Minister announced the launch of new bus service on May 11, 2019. As per the announcement the intra-city bus service project was planned to provide 1,000 buses to the Karachi city, but even after 100 days, the project is yet to be initiated. Meanwhile, the Transport Minister has again announced another bus project for all the districts of Sindh.

As per the latest statement, the minister has claimed the Sindh government has sought after suggestions from the transport department pertaining to the launch of intra-city buses as well as vans and coaster services in all the districts of Sindh. Awais Qadir Shah has added that it has been decided that initially, a fleet of 60 buses is going to be introduced in the metropolis within 60 days as part of the first phase of the project. After the time period of two months, another 200 buses will be added to the fleet and this will be the second phase of the project.

As per an agreement that was signed by Sindh government and Daewoo i.e. a Korean transportation company in May, Karachi was supposed to receive 60 buses by 11 July 2019 and the other 200 buses by September.

Awais Shah; the Provincial Transport Minister further added that the Sindh government will be providing route permits, bus depots as well as other facilities to the transporters free of any charges. The transporters who have more than 40 years of experience if driving buses as well as coasters can easily contact the provincial government. As per Awais Qadir Shah, the government of Sindh wishes to gift the Peoples Bus Service to all the districts of Sindh.

It is important to note that in the 11 years of tenure of Pakistan Peoples Party (PPP), the government has launched a pilot project of ten buses in Karachi and 20 buses in Larkana and one of these projects was shut down after a year of its function.