Industrial Zones to be established in Gilgit Baltistan under CPEC 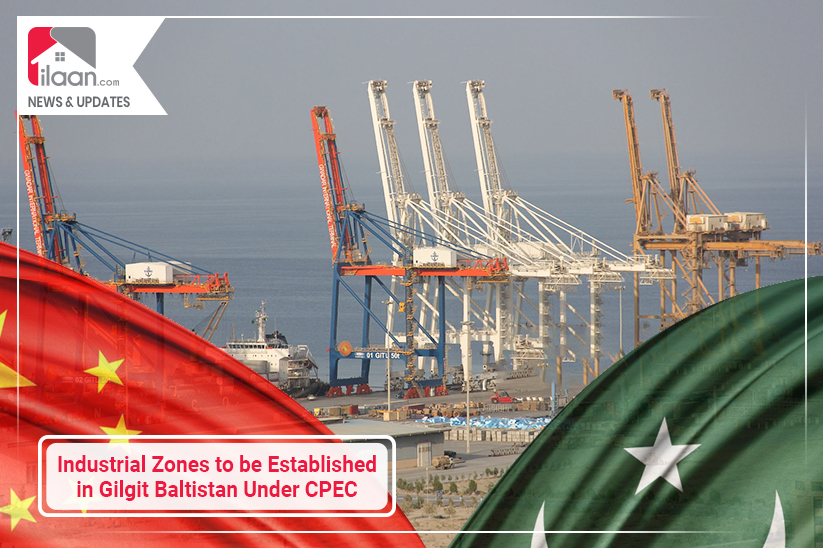 Industrial Zones to be established in Gilgit Baltistan under CPEC

Gilgit Baltistan: The government of Pakistan in collaboration with China under China Pakistan Economic Corridor (CPEC) umbrella has decided to set up industrial and economic zones in Gilgit Baltistan. The industrial and economic zones would be established in Gilgit-Baltistan to uplift the area and bring it at par with developed parts of the country.

These zones would add a lot of value to the economy of the country and contribute to improving the GDP significantly. Due to tax exemptions, the zones would be more beneficial for the whole country especially locals, a senior official of the Ministry of Kashmir Affairs and Gilgit Baltistan. He said work on the Babusar top tunnel would be started during the next financial year and mentioned that the federal government was determined to remove the 72 years deprivation of the local people. The government has allocated Rs 400 million for the construction of a 250-bed hospital in Skardu to provide the best health facilities to local people.

The official of the Ministry of Kashmir Affairs and Gilgit Baltistan also said that 50-bed cardiac hospital Phase-I was under construction at Gilgit Baltistan with the cost of Rs1.5 billion. While Rs 300 million have been allocated in the current Public Sector Development Programme (PSDP) for completion of the cardiac hospital. The government will also provide machinery to the local hospitals to ensure the provision of better health facilities in the region.