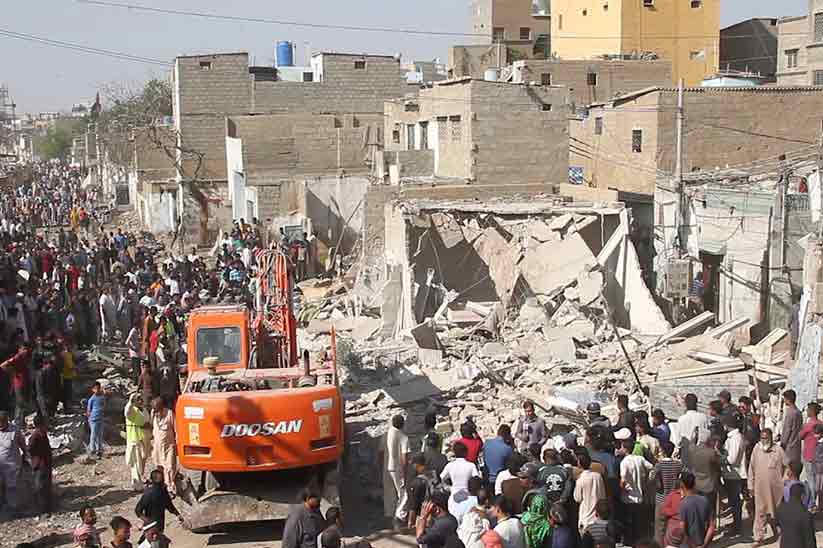 Karachi: Recently, the concerned authorities have initiated a drive and crackdown against encroachment activities in the West District of Karachi City, controlled by KCR (Karachi Circular Railway) to clear the tracks. Similar drive has already been successfully completed in East as well as Central District of the city.

The Railways authorities have informed the news sources that all the encroachment activities along the track in the West District will complete in a timeframe of three days only.

Before Eid-ul-Fitr holidays, Pakistan Railways (PR) has demolished nearly 100 concrete houses that were either located at illegal zone or were illegally constructed on Karachi Circular Railway (KCR) land. During this activity, the authorities razed all the illegal structures that were located in between Gujjar Nullah and Nazimabad.

The concerned authorities of KCR began their operation of razing illegal constructs from Orangi Station in the West District. An effective operation at Manghopir Station as well as around its surroundings was also carried on.

A Chinese Firm named as CR-NORINCO is offering to lend some technical support for the Karachi Circular Railway (KCR) project. CR (China Railways Corporation) and (NORINCO) China North Industries Corporation has joined its hand together to help KCR with technical support in razing illegal constructs and re-developing Circular Railways tracks for the people of Karachi.

Awais Shah, Minister of Sindh Transport has recently revealed that there are several other companies along with the CR and NORINCO who have contacted the government officials regarding KCR project. The Minister, Awais Shah further added that the provincial government is committed to improve the transportation facility for the people of Karachi City. Through a proper network of trains within the city, the habitants of Karachi can enjoy better public transportation facilities.