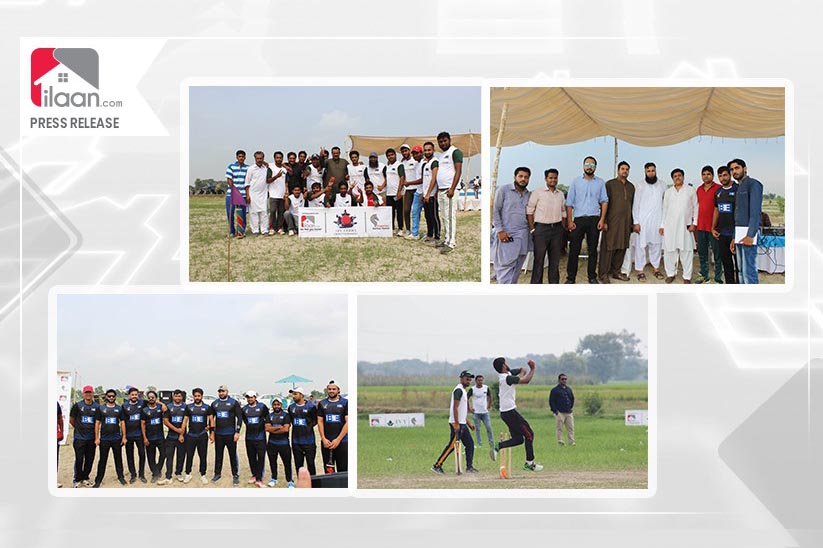 ilaan.com is living to its promise of supporting real estate community to our full potential and this time, ilaan.com sponsored the IVY Farms Cricket Tournament organized by Sarfaraz Hamid Properties at IVY Farms on Barki Road Lahore.

Also Read: 2nd Anniversary of ilaan.com – A Celebration of Achievements

The purpose of this cricket tournament was to promote IVY Farms where land is available for farm houses. With ilaan.com being the official sponsor of this tournament, a massive crowd was seen applauding the teams. CEO’s of participating teams really appreciated Sarfaraz Hamid Properties for playing a very active role and the way ilaan.com managed the arrangements of the tournament by sponsoring. This 3-day tournament that was supposed to be concluded on 29th September was delayed due to rains and overcast conditions. However, it will resume again and we will have a winner.

For more details click on the link given below: