Hazara Expressway to be Inaugurated in a Few Weeks, Says Commissioner Hazara 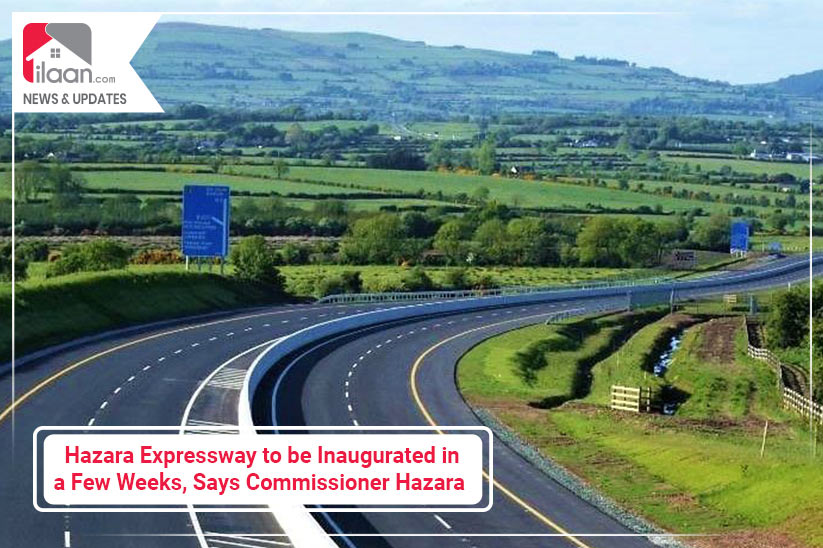 Hazara Expressway to be Inaugurated in a Few Weeks, Says Commissioner Hazara

Abbottabad: According to news sources, Hazara Commissioner Syed Zaheer-ul-Islam has said that Hazara Expressway, the 40-kilometer-long road from Shah Maqsood to Mansehra section will be inaugurated within a few weeks. He also said that it would be a milestone for the national economy. The statement was made in his visit to the site along with a few journalists from Abbottabad Press Club.

Accompanied by General Manager National Highway Authority (NHA) Matee Ullah, Zaheer-ul-Islam said that CPEC was a gateway of opportunities for Pakistan and the construction of E-35 project is a huge success for the country. This project of E-35 is completed with a cost of 131 million Dollars.

“The unprecedented project is a game-changer for the country and the future. It will provide massive relief to the masses of the region” said Zaheer-ul-Islam. General Manager CPEC Tanveer Ishaq, while briefing the media delegation said that Havelian to Thakot Hazara motorway the section was divided into three sections which included 47 bridges, 6 tunnels and service areas, Abbottabad Shimla Hill tunnel 1.75 Kilometer, 2nd tunnel 390 meters, MansehraLassan Nawab tunnel 2.75 kilometers have been completed. On this occasion, GM CPEC said that in Phase II, a 15-kilometer road was challenging to make but it was completed both by NHA and Chinese construction companies.