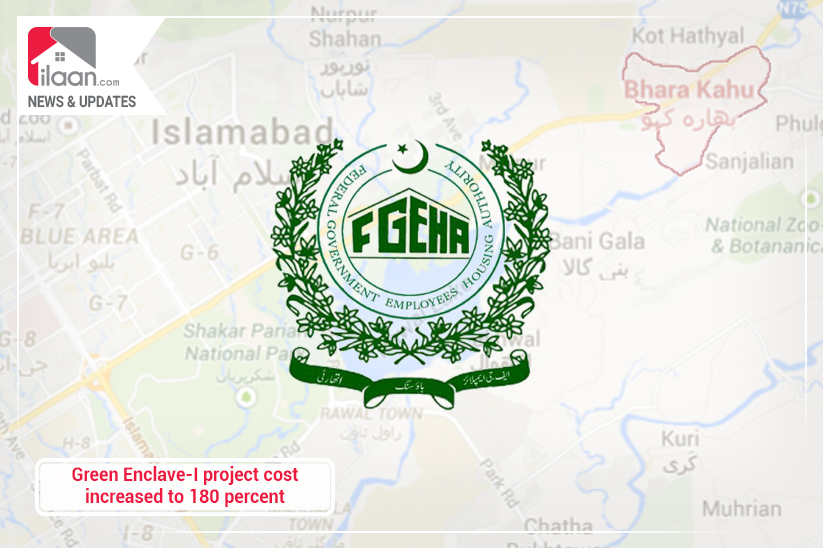 Islamabad: The cost of the Green Enclave-I Housing Scheme, a project of the Federal Government Employees Housing Authority (FGEHA), has been increased to 180 percent due to years of delay in the execution.

According to the reports, the cost of the project has been increased from PKR 2.980 billion to PKR 5.558 billion. As a result of this increase in the cost, the allottees would have to bear the extra burden if the price of the plot is increased.

The Director-General (DG) Federal Government Employees Housing Authority (FGEHA) Waseem Hayat Bajwa, while briefing the sub-committee of the National Assembly’s Standing Committee at the head office of the authority under the chair of MNA Iqbal Muhammad Khan, informed about this cost increase. The sub-committee reviewed the progress of different projects launched by the FGEHA and sought the details of their completion.

They also informed that a construction agreement has been signed and the development work has been started in December 2019, which would be completed in the next two years. The agreement also contains a clause where a fine of PKR 0.2 million per day would be imposed after the expiry of two-years.

It should be noted here that the project was initiated in 2009 and it was delayed due to a suo-moto notice taken by the Supreme Court. The case was later dismissed in 2013.