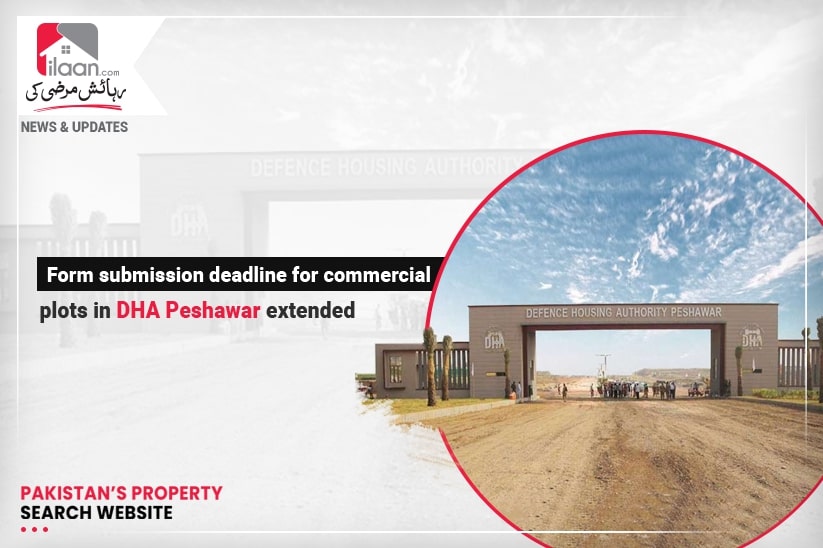 Peshawar: The Defence Housing Authority (DHA) Peshawar has announced an extension in the last date of submission of application forms for commercial plots.

According to the new announcement, the extended deadline for the submission of the form will expire on June 12. Previously, it was announced that the deadline was till June 5. The announcement was made on the official Facebook page of the developer.

In this project, an inventory of 4 and 8 Marla commercial plots was introduced on March 15. These plots are available on easy installments of 3 years with a non-refundable processing fee of 20,000 and 30,000 for 4 and 8 marla plots respectively.

The details suggest that a ballot will be conducted to determine the successful applicants. Those individuals who are awarded in the ballot will be required to make their plot down payment within 30 days; according to the terms and conditions mentioned on the application forms. The date of the ballot has not been announced as yet.