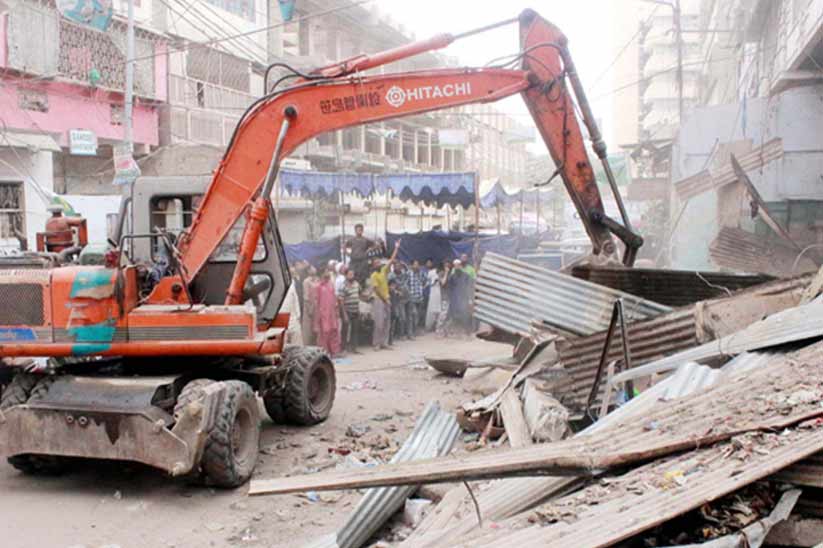 Karachi: More than 100 footpath dastarkhawans are razed by Karachi Metropolitan Corporation (KMC) in the last two days. As per KMC, this is part of the anti-encroachment drive.

The officials at KMC elaborates that the roadside setups are removed after receiving orders from the Supreme Court (SC) of Pakistan. It is now expected that the welfare organizations are going to get a huge hit on the donations due to these demolishes.

The famous philanthropist, Ramzan Chhipa from Chhipa Welfare Organization expressed his views to news sources that he is standing with the authorities in their compliance but the government must provide some arrangements in this stance for the continuation of these dastarkhawans anywhere else in the city so that the poor can have meals twice a day at least.

Chhipa further stated that he is cooperating with the anti-encroachment staff of the Karachi Metropolitan Corporation and respects their operation, but now the authorities should be pondering over the issue on the humanitarian grounds.

Bashir Siddiqui, Senior Director of KMC Anti-Encroachment Department promised that the department will now be going to penalize the welfare organizations if they again set up the dastarkhawans on the roadside after the removal operation. He declared that a fine of PKR 15,000 to PKR 25,000 would be imposed as per Rule 7 of the Anti-Encroachment Act 1973 if the welfare organizations did not refrain themselves from installing these setups again.

The drive initiated from District Central on June 11, 2019. Within a day, nearly 50 footpath dastarkhawans were razed from Golimar, Nazimabad, Gulberg, New Karachi, Godra and Sohrab Goth. On June 12, 2019 the KMC officials started their anti-encroachment activity in District East and removed other 50 footpath dastarkhawans from Gulshan Chowrangi, Numaish, Teen Hatti, Shaheed-e-Millat Road, Lines Area, Sharah-e-Quaideen and Sharah-e-Faisal. The remaining four districts will be targeted in the upcoming days.