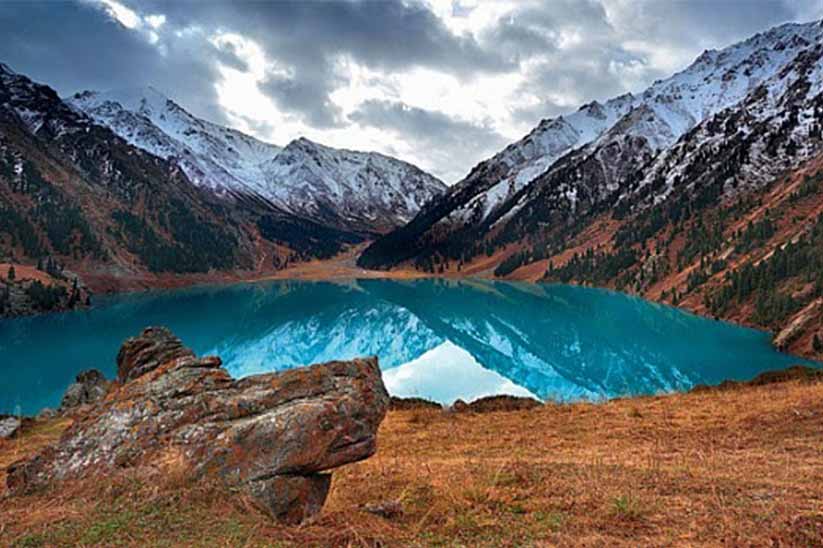 Dera Ghazi Khan: The government of Punjab is all geared up to organize “Koh-e- Suleman Tourist Festival 2019” in August. This is the first-ever tourist festival that is focused on making Fort Munro the core center of tourist festival.

For the preparations of this festival, Asadullah Faiz; the Commissioner from DG Khan held proposal meeting along with his deputy commissioners of four districts with Khuwaja Muhammad Younus; the President of CCI (Chamber of Commerce and Industry) from DG Khan. Several representatives of multinational companies were also present during this meeting for sponsorship purpose.

The final date for this excursion and festival will be announced after clearance by NHA (National Highway Authority), JICA (Japan International Cooperation Agency), PHA (Parks and Horticultural Authority) and Additional Commissioner Azfar Zia.

For the promotion of tourism on an international level, focus on the elevation of ‘FortMunro’ has been selected by the provincial government as a new tourist spot. Several initiatives are in the pipeline to ensure a three-day tourism fair in this area.

The commissioner has informed the news sources that the historical festival is going to be attended by many prominent political personalities that include Imran Khan; the Prime Minister of Pakistan as well as Mahmood Khan; the Chief Minister of Khyber Pakhtunkhwa. He further added that several motorcyclists across the nation will be visiting Fort Munro to participate in the motorcycle camps and rallies. Choosing Fort Munro is a step to make this beautiful mountain range an international tourist destination.

Multiple activities are lined up for this festival such as Sufi night, a puppet show for the kids, dramas, cultural shows, paragliding, Balochi Jhumar, sports competitions, handy craft stalls by the locals, craft bazaar, shooting, picture exhibition and of course a food street.

Azfar Zia; the Director General of PHA told the news sources that the construction work of the roads and steel bridges from DG Khan to NHA Fort Munro and JICA is in progress. He further added that this work will complete by the first week of August. He has promised that as soon as the clearance is received by every member and sponsorships are finalized, the date for this grand festival will be announced.

At the area, more than 1,100 rooms and facilities will be available for the guests in various guest houses, tourism resorts, and private hotels. Foolproof security will be ensured throughout the festival and arrangements for the festival are already in progress. For the security of the tourists, Punjab Police, Rangers, and border Military Police will take part.